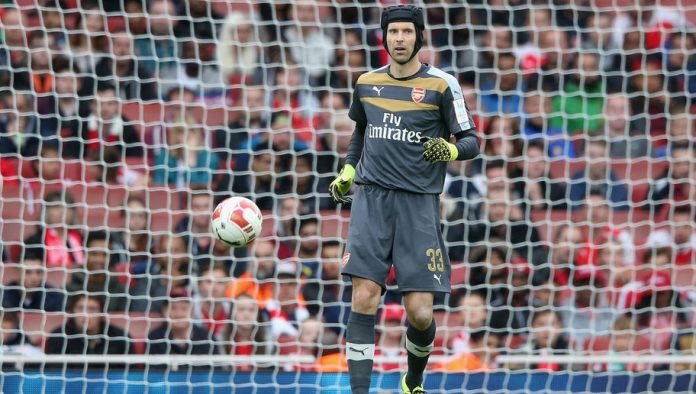 That’s it, the curtains have drawn shut on the transfer window, and the whispers around the Emirates sound all too familiar. Something along the lines of ‘At least another four months without a veteran midfield enforcer, a decently speedy centre back and a proper spearhead in front of that talented diamond.’ ‘No spine in the squad’. ‘Spend, Wenger, spend.’ Another superb pre-season performance by the Gunners is followed by an ‘underwhelming and quiet’ transfer period. Cavani remains in Paris, Benzema in Madrid, and Wenger’s pursestrings seem tighter than ever.

An auspicious start to the season with a blockbuster transfer to raise hopes …. but only to end up with a customary fourth placed finish and a valiant but futile fight back in a Champions League second leg (away goals and Arsenal … sigh)? You think, maybe Arsene’s taking his faith in his players way too far. You can’t work out whether it’s his strongest asset or his biggest weakness.

Come the pre-season transfer window, Arsenal had added to their ranks Czech stalwart Petr Cech.  No mean feat, regarding Arsenal and Chelsea’s bitter rivalry, and Wenger and Mourinho’s relationship, which was acrimonious at best. The transfer contributed to a rather unfamiliar sense of hope and confidence around North London. It had been two years since Van Persie had defected to United, the last in a seemingly unending trend of Arsenal’s core players being pilfered from them by their top four rivals (unless you count Sagna a year later, but he wasn’t all that integral….). Arsenal now had the financial muscle to play hardball when threatened by their rivals, and thus Wenger managed to assemble a squad which was considered by many as the strongest for a long time.

But not without its weaknesses. Cech represented a superb solution to the goalkeeping conundrum at Arsenal (Ospina was, really, never going to be world class). Tall, agile and with a pair of gloves that were as safe as houses, he is an imposing shot-stopper, a commanding and imperious figure between the sticks. He lends an extra sense of safety to the Arsenal back four, who know they have among their ranks someone who had tasted success in the upper echelons of European football,  someone who could rise up to the occasion and overcome seemingly unconquerable difficulties to achieve glory against all odds. In this, he represents an ideal role-model for currently out-on-loan loan Wojciech Sczescny, who could certainly learn a lesson or two from Cech pertaining the rectification of those costly errors which lost him his first team place last season .

Another obvious void in the Gunners’ squad was the lack of a rugged midfield hardman, someone who could break up play and be the centrepiece of a fluid Arsenal switch from defense to attack. Francis Coquelin was a bolt from the blue, hurriedly recalled from loan at Charlton to an Arsenal squad that was buckling under the strain of an overcrowded Arsenal treatment room, and he performed admirably well given his age and the circumstances under which he was recalled.

The 28-year-old excelled at crucial interceptions which helped in disrupting the rhythm of opposition teams and at times, were focal points of a rapid Arsenal counter attack . He possesses a nasty bite in his tackle and shows great determination in winning back the ball for his side, and also is quite intelligent in his positioning – a far cry from the inefficient Flamini, who was rather inclined towards shouting instructions at his teammates rather than carrying out his duty. He was second only to Pablo Zabaleta in tackles made and topped the table for interceptions and one-on-one duels last season. As Mikel Arteta nears match fitness, he will prove competition for Coquelin, who, provided  he remains fit and firing, will help in sending out a message to the rest of the Premier League that Arsenal are not to be messed with.

Ah, coming now to the much maligned Olivier Giroud. One of the two strikers bought in by Wenger to fill the void left by then captain Robin Van Persie (the other being social hipster Lukas Podolski), Giroud has blown hot and cold over the time he been at the Emirates. Blessed with height, a bruising physique and a strong left boot (plus dashingly good looks), Giroud was an astute addition to the squad. He poses an aerial threat and is adept at holding up play to allow his teammates to swarm up the pitch. He possesses the poacher’s eye and is capable of deft finishes and even smart link up play. He has cranked up his work rate up a notch too, frequently tracking back to help the defence despite his own obvious lack of pace. Giroud probably had his best season last year as he scored 19 goals in all competitions in a somewhat injury disrupted season, as he broke his tibia against Everton, but was back with a bang and scored a bullet of a goal in a 2-1 loss against Manchester United. He was in fine fettle following his return from his injury, up until a fateful night at the Emirates, on the biggest stage of all – the Champions’ League. Giroud was reduced to pounding the ground in frustration as he missed a string of chances that he might have converted on another day, subsequently booed by the home supporters and substituted on the hour mark  as the Gunners succumbed to a 3-1 defeat against Wenger’s former club AS Monaco.

Maybe another person would have given up. Lost all of his confidence.  Reduced to a shell and buckle under the pressure.  It would have been understandable. But not Giroud. He showed great character and mental toughness to spontaneously bounce back and score four days later against Everton. From then on he burst into a purple patch, scoring against QPR, West Ham, Newcastle and against Monaco as well, as Arsenal very nearly completed a historical comeback, exiting the competition on away goals. Giroud might not be everyone’s cup of tea, but in him Arsenal have an able striker who, at his best,  can match any of the other spearheads of the Premier League He may very well even be underrated.

Arsenal have also found themselves a consistent central defensive partnership in Laurent Koscielny and Per Mertesacker. Mertesacker’s physical presence (well he is 6 ft 6) and experience prove a valuable asset to the team. Koscielny remains one of the best defenders of the Premier League and is a fine example of Wenger’s uncanny knack of picking up players from the relative unknowns and developing them into household names. He perfectly negates Mertesacker’s one major liability – his extreme lack of pace, with adroit defensive positioning and just the right amount of aggression.

Nacho Monreal is a consistent performer on the left wing who also offers something going forward; he can cross and he can finish too, as he scored following a flowing move as Arsenal bearded Manchester United in their own den.

Wenger’s strong focus on youth development coupled with some good Academy work has seen several talented young players burst onto the scene. Alex-Oxlade Chamberlain has all but cemented his place in the first team, his strength, pace and trickery adding substantial attacking firepower to the team. At the right back position, Hector Bellerin has been a stellar performer, putting in consistent displays to keep veteran right back Mathieu Debuchy out of the first team. Lens import Jeff-Reine Adelaide enjoyed a superb pre-season, and several young Arsenal players are out on loan to gain playing time and continue their development.

Arsenal boast a coveted midfield consisting of the ambidextrous Santi Cazorla pulling the strings, operating beside midfield hardman Coquelin. Welshman Aaron Ramsey plays the box-to-box midfielder role making runs to receive Cazorla’s passes and is an integral part of Arsenal’s build up play, plus he represents a significant long distance goal threat as well. Mesut Özil is the metronome of the Arsenal midfield, the subtle playmaker who sets the tone for his teammates and a midfield maestro capable of that defence -splitting pass to unlock opposition defences. He oozes class on the ball and his silky skills frequently bamboozle defenders as he zips past them. He came back from his injury last season fresh and considerably beefed up, in order to cope with the rigours of the Premier League.

Former Barca man Alexis Sanchez is a powerhouse on the wing, tirelessly working to augment both attack and defence. His pace and prodigious skill on the ball make him a valuable asset, along with his intelligent runs to provide an outlet for Özil’s vision.  A bench with the likes of ‘The Road runner’ Theo Walcott, Mikel Arteta, long-serving Tomas Rosicky, Kieran Gibbs, and Gabriel Paulista only adds depth to the squad, which would soon be joined by Jack Wilshere, who is currently out with an ankle injury.

It would now seem to make some sense as to Wenger’s much projected abject parsimony. In their current crop, Arsenal have a squad which is capable of challenging for major honours. The latter half of last season saw some  amazing football from the Gunners as they pushed aside their opponents with minimal fuss and notch up victories at the Old Trafford, the Etihad and steamrollered past Liverpool to avenge past hurts, ultimately collecting more points than the Blues in the abovementioned period. The trick isn’t just to add amazing new players; it’s vital to add new players who would improve the team. As Wenger said, why buy for the sake of buying? By spending carefully, Wenger protects Arsenal’s financial resources and interests. It is understandable that fans of a club of Arsenal’s stature and ambition would be clamouring to see some money spent. But in Wenger, Arsenal have an astute manager who possesses the know-how to survive in today’s football world. The winds of change are blowing around the Emirates. Maybe it’s time the croaking and the moaning stopped and the club is given a chance to showcase its true prowess. After all, this season could very well be the one when the Gunners come of age again. The signs look good.