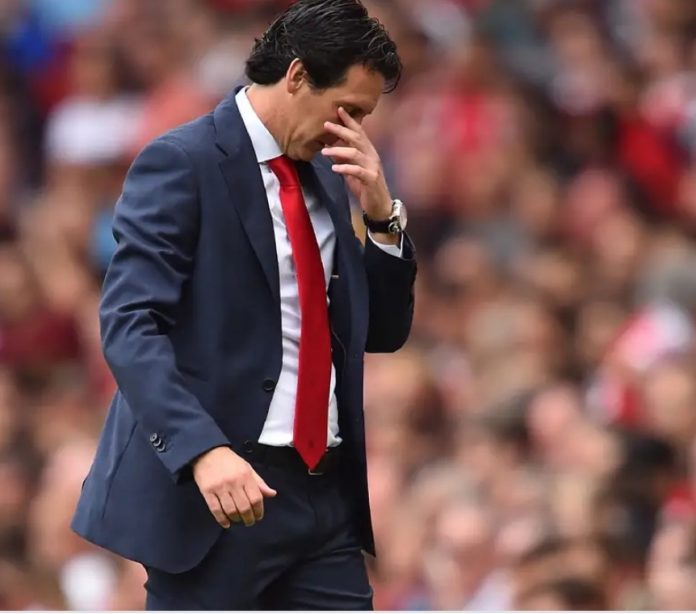 Arsenal fans are reeling after this season’s FA Cup adventure ended with a 3-1 home defeat against Manchester United.

The Gunners were second best for large periods of the game at The Emirates. Something that obviously hasn’t gone unnoticed by fans of the north London club.

Many fans feel the blame lies with the manager, Unai Emery. The Frenchman’s team selection and overall tactically awareness have been criticised by Gunners fans. 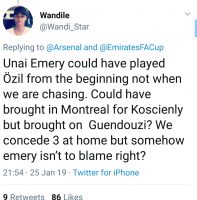 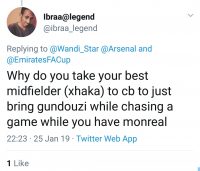 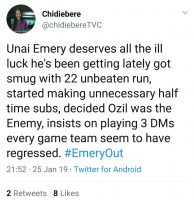 The club’s lack of investment is also under scrutiny with a desperation to improve things defensively.

The Gunners have conceded 32-league goals this season. Their season is on a knife-edge, and there’s still three-and-a-half months left of this campaign.

The race for a top-4 finish is in the balance with The Gunners 5th, level on points with Manchester United, three-points behind fourth-placed Chelsea. Their chances were improved significantly by a 2-0 victory against their London rivals last week.

That leaves them with only the Europa League as their only realistic chance of silverware.

The pressure is on Unai Emery as the inconsistent form cannot carry on for much longer. Social media posts can be cruel and knee-jerk reactions are common though. #(insert managers name) are not uncommon these days. #wengerout trended regularly in recent years, and similarly #joseout and #conteout were commonplace on Twitter.

What is certain is that Arsenal need to invest, and do so as soon as possible. There’s only six days left until the transfer window slams shut. Failure to do so will see Arsenal kissing goodbye to any chance of Champions League qualification.