With the Premier League transfer window being shut for almost a month, teams are now looking forward to the January window with the aim of making additions. Struggling clubs like Aston Villa, Liverpool and Tottenham could buy big when the market re-opens in less than 100 days, whilst clubs such as West Ham United, Stoke City and Everton might look to streamline their squads and balance out the books after heavy investment in the summer.

Many clubs looked to have bought players which they so desperately needed, such as Manchester United spending over £75 million on two midfielders in Morgan Schneiderlin and Bastian Schweinsteiger, and as well as the world’s most expensive teenager after purchasing Anthony Martial from AS Monaco in a deal worth around £36 million.

The club also brought in Memphis Depay who is yet to hit his form in the Premier League, but it could be the signing of David De Gea’s contract extension which might be the deal of the summer for them.

With a defence which is absent of leaders and true quality, in comparison to their Premier League winning back-fours under Sir Alex Ferguson, it is clear that United might have failed to create a squad which is capable of winning the title, although it must be admitted that they are much closer to their ultimate goal. 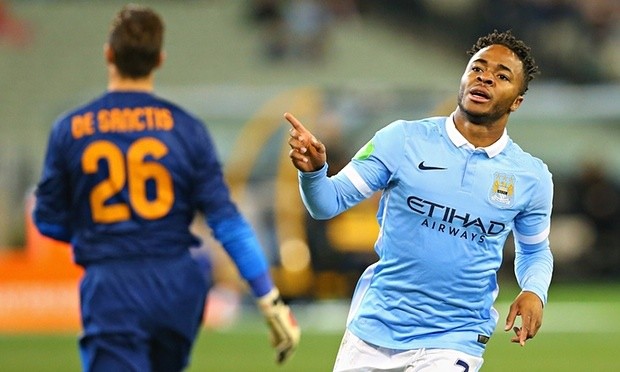 However, Manchester United’s window was also overshadowed by the good work of their rivals Manchester City, who brought in the likes of Raheem Sterling, Nicolas Otamendi and Kevin De Bruyne which added much needed depth to a side who were underwhelming in their title defence last year.

Buying Fabian Delph and Patrick Roberts also helped the Citizens fulfill their home-grown quota, but do not be fooled by the very real options which the pair can provide when called upon. What Manuel Pelligrini did, which his city rivals failed to do, was address their key areas which needed addressing. Sterling and De Bruyne are huge upgrades to Samir Nasri and Jesus Navas, and also bring down the average age of the squad which was one of the oldest in the Premier League.

Meanwhile clubs like Liverpool, Tottenham and Arsenal failed to bring in the recruits which they needed to make so desperately.

The Merseyside club failed to bring in a new midfielder to replace the hole left by the Kop legend Steven Gerrard, and Firmino is yet to prove that he is the man to replace Raheem Sterling. Tottenham also missed out on the chance to sign support for Harry Kane, whilst the same can also be said for North London rivals Arsenal who could not find the top-quality striker Arsene Wenger wanted to bring in so desperately.

Across London, there are calls praising the work of West Ham and Crystal Palace who spent in an unrecognised manner for these stature of clubs, although this has led to the Hammers having increased their debt by £15 million, as they splashed out the cash to ensure their Premier League safety is ensured as they move to the 56,000 seater Olympic Stadium next year. Crystal Palace also managed a coup as they brought in Yohan Cabaye from Paris Saint-Germain, as the former Newcastle midfielder chose to join up with his former boss, but similarly to West Ham, are already lining up the sale of Dwight Gayle in the January window as they hope to recoup £8 million from their summer splurge.

Overall, it was a record window in terms of the amount spent, but it also was shown how clubs now have the money to fight against the ‘bigger’ clubs taking their players away.

With John Stones staying at Everton, Sadio Berahino remaining at West Brom, who also brought in Solomon Rondon from Zenit for a club record fee, it is clear to see that a new era is dawning on football, where the additional TV money is allowing clubs who normally don’t spend, now have the financial capital to prove they are not just here to make up the numbers.