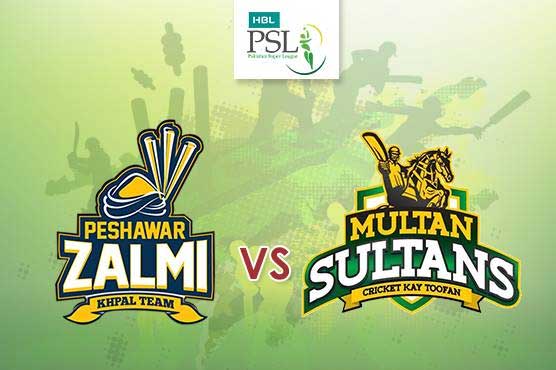 Multan Sultans will be in action at the National Stadium in Karachi today when they take on Peshawar Zalmi in the fifth match of the PSL 2021.

Both teams failed to win in their opening matches, with Sultans losing against Islamabad United while Zalmi suffering a defeat at the hands of Lahore Qalandars.

The Wahab Riaz led side provided a disappointing batting performance and managed only 140 runs, with only Ravi Bopara and Shoaib Malik impressing with the bat.

Defending such a low score, Saqib Mehmood and Mujib ur Rehman put some great effort to make a comeback but Mohammad Hafeez and Rashid Khan made sure of the victory for the Qalandars.

However, they were denied victory by the late firepower of Lewis Gregory who remained not out on 49, with six boundaries to his name.

In-form batsman and current Sultans’ captain Rizwan will look to bounce back against Peshawar to reignite their hopes for the play-offs.

The two sides have played each other in six matches so far, with Multan winning on four occasions while Zalmi prevailing in two games only.