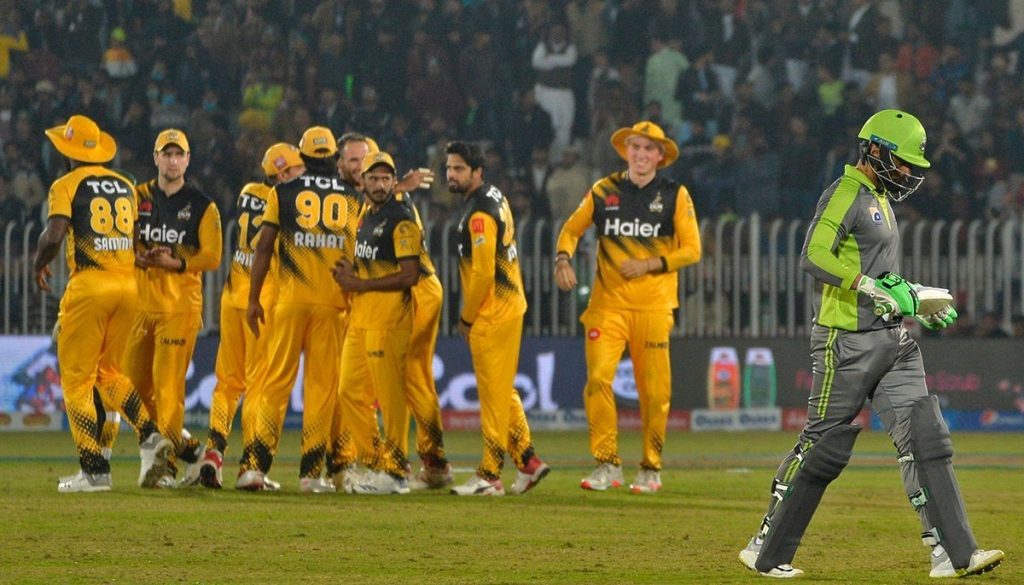 Lahore Qalandars clinched their first win in the Pakistan Super League 2021 as Shaheen Shah Afridi gave a standout bowling performance against Peshawar Zalmi to help his side to a comfortable victory.

The Qalandars captain Sohail Akhtar let their opposition bat after winning the toss at the National Stadium in Karachi, and the 34-year-old’s decision proved to be a correct one.

Shaheen picked up three wickets and conceded only 14 runs in his four overs to restrict Zalmi to 140 runs.

The Yellow Storm seemed to be struggling to reach even that total, but Shoaib Malik contributed 26 runs while Ravi Bopara played a terrific 50 off 44 balls to help them get to a decent target.

However, Lahore didn’t have much trouble in chasing down that score as all their top batsmen provided some contribution to make it a comfortable victory for them.

Veteran all-rounder Mohammad Hafeez scored an unbeaten 33 to reach the target in the 19th over of the game, while Rashid Khan also remained not out and struck 27 runs for his side.

Lahore Qalandars will now play against Quetta Gladiators tomorrow, while Peshawar Zalmi return to action against Multan Sultans on February 23.