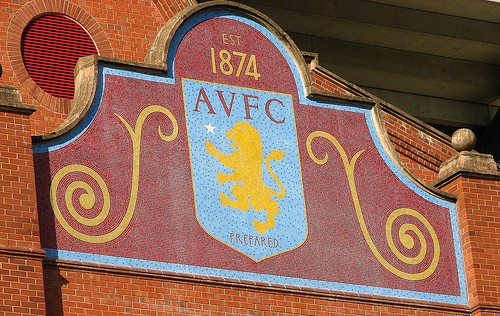 Gerard Houllier’s mutual departure from Aston Villa last week has left us all guessing as to who will take over the reins at Villa Park. Normally we would have a fair idea as to who that will be, but at the moment it is anyone’s guess who will be implemented by Chairman Randy Lerner. A host of names have been linked – some household in fact – yet we are still none the wiser as to whom will be Houllier’s successor.

We take a look at some of the names in contention.

When Sparky resigned rather surprisingly from his Fulham post last week, it looked for all the world he was heading up the M6 to Birmingham to become the successor to Gerard Houllier. It seemed too coincidental that as soon as Villa find themselves in the market for a new manger, the Welshamn ends up activating a release clause in his Cottagers contract. In a bemusing set of circumstances, it was then reported that Randy Lerner had in fact had no intention of appointing Hughes, with many believing his abrupt departure from Fulham put the American billionaire off.

Nevertheless he still remains a hot candidate for the post and will not leave too many surprised if indeed he does end up in claret and blue tie. However with a vacancy at the Kings Road with a former club in Chelsea, they too are reviewing the possibility of appointing Hughes.

Undisputedly Carlo Ancelotti is the overwhelming favourite from the Villa faithful to take over the reins at Villa Park. However, the four-time European Cup winner today announced his decision to take a year out of the game following 16 consecutive years of coaching. Is this just a bluff from Carletto? The Holte-Enders in the sky will certainly be hoping so.

If indeed he did take over, it would eclipse the appointment of Martin O’Neill back in 2006 but there would be an inevitability of the world’s elite entities surveying his progress in a bid to lure him away from the Midlands. Villa fans will tell you they’ll take the rough with the smooth – they want Carlo by any means possible.

The former England boss has been linked with more or less every vacancy in England and is widely considered to be on Mr Lerner’s shortlist. To say this will go down well with the Villa fans could not be further from the truth. Quite simply Mr McClaren is the last person they want to see impersonating a Brummie accent.

Beside all that and despite his miserable tenure as national coach, he does possess a range of genuinely good attributes. His stock had rose considerably having guided FC Twente to an Eredivisie title, being the first Englishman since the late great Sir Bobby Robson to achieve such a feat overseas, but his failure in Germany has took him two steps back. He is in contention but Mr Lerner jeopardises his healthy relationship with the fans if appointed.

Rafa has been unfairly ridiculed the past number of years. Although his last season at Anfield with Liverpool did not exactly go according to plan, along with bodging Jose Mourinho’s good work at Internazionale – a mere impossible task in the first place – the Spaniard has a healthy pedigree. You do not become a bad Coach overnight, especially when you have won a Champions League along with a number of domestic league titles and cups.

He is adamant on securing his next role in England and intends to be patient. Aston Villa is a big club and Benitez realises that. There is interest from both parties make no mistake.

Another Spaniard in the frame and do not let a relegation battle with Wigan Athletic fool you, Roberto Martinez is an excellent manager. It is a miracle in itself how he has been able to keep The Latics in the top flight due their financial constraints, yet for the second year running he has kept them afloat from the Championship.

One thing is for certain, Villa fans can expect some entertaining football under Martinez and his philosophy would suit the players down to the ground. If he had the calibre of player at his disposal such as Villa’s, he would do a job.

He was in fact the third favourite upon Houllier’s decision to leave so watch this space.

Who do you want Villa fans? Let us know!