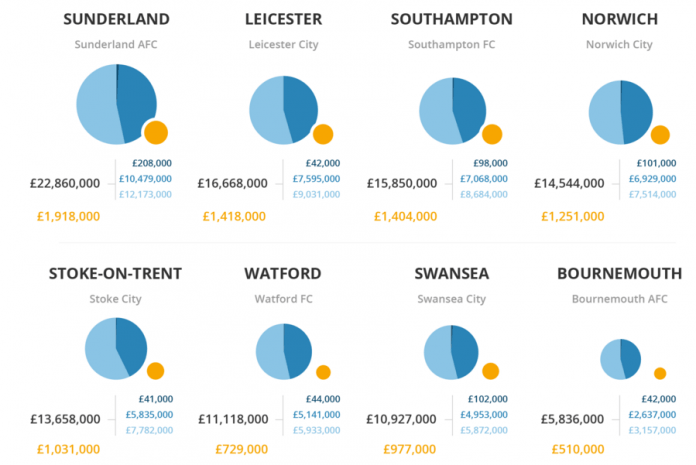 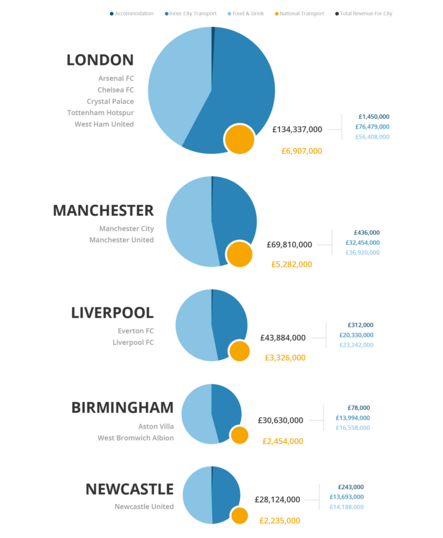 The research conducted took into consideration the costs of national & local transport, accommodation and food & beverages. However, it did not take the cost of tickets into account.

The various sources that helped collate the data were VisitBritain and UNWTO data, BBC Price of Football findings, local public transport prices, along with GoEuro’s own Accommodation, Beer, and Urban Transit Price Indexes. 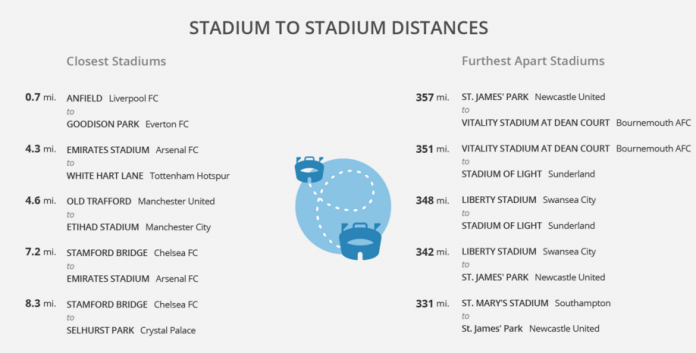 The research also revealed the distance travelled by the fans of certain clubs along with the distance between Stadiums in the Premier League. Newcastle United fans have had to travel the furthest, covering 9,000 miles this season.