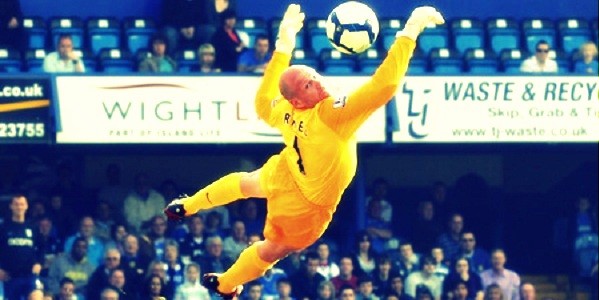 As the winter months approach, and the Premier League gathers steam, who have been the best players so far this season?

Despite his age (41), the American continues to show remarkable consistency week in, week out.

The signing of Hugo Lloris has put serious pressure on his number one spot, but he has responded excellently, proving what hunger he still has the top level.

He has to go down as one of the greatest foreign goalkeepers ever in English football.

The 28 year old has become a hugely effective right back, and his eye for goal is an added bonus to his game.

He has found the net three times, but it is his defensive work that is particularly impressive, with many of the league’s best wingers struggling to get the better of him.

His sending off against Manchester United was a blip in an otherwise impressive start to the season.

The 30 year old has been superb so far this season, and with John Terry and Rio Ferdinand past their best he is now arguably the most in-form centre back in the country.

Quick, strong and a good leader, Jagielka has been a major reason for Everton’s excellent start to the season.

He is in his prime, and now is the time to seize a regular starting role at international level.

The Argentinian has become one of the best defenders in the Premier League, and it seems a lifetime ago that he struggled so much early in his Newcastle United career.

He is very comfortable on the ball, much in the mould of David Luiz, but he is also an excellent defender.

When he has been injured, Newcastle have looked far more vulnerable at the back, and barring his sending off at Anfield he has been almost faultless this season.

Baines has been the standout defender in the Premier League this season, bar none. His combination of perfectly-timed tackles, relentless overlaps and classy set piece deliveries have led to many calling for the 27 year old to replace Ashley Cole for England.

If form is anything to go by then Baines is the best fullback in the country at the moment.

If his displays continue at their current level, Everton will find it tough to keep hold of him over the next year or two.

The Belgian star has been sensational since his big-money move in the summer. Equally happy on the left, the right or in the centre, he has incredible pace and change of direction. Throw in great skill and technical ability and you have a pretty special player.

Six assists is an impressive tally, but three goals is a little disappointing.

His form has dropped ever so slightly since the opening weeks of the campaign, but he remains one of the most dangerous players in Europe at the moment.

Fellaini has enjoyed a wonderful start to the season, and he is fast becoming one of the most effective young midfielders in the Premier League, if not Europe.

On his day he is unplayable, winning everything in the air and bullying many top players. Equally happy in a defensive or attacking midfield role, he is very versatile.

The 24 year old already has five goals to his name, including a winner against Man United in Everton’s opening game, and two more at Fulham on Saturday, which continued a great start to the season for the Belgium international.

Put simply, Mata has been the best player in the Premier League this season. Much like his compatriot David Silva, who was sensational this time last year, Mata has been a joy to watch, creating eight goals and scoring seven, in all competitions.

He has four goals in the league, including a memorable free-kick against United and two clinical finishes away to Spurs.

He would walk into any other international side in the world, but sadly for Mata he has some even better players in front of him in the pecking order for Spain.

Bale has matured into one of the most devastating left wingers in world football, and he has become the main man at White Hart Lane these days.

Remarkably still only 23, when Bale is in full flight he is unstoppable, with lightning pace, a physical presence and a superb final ball.

Crucial goals at St Mary’s and Old Trafford have been the highlight of a terrific run of form for the Welshman.

Is there a better striker in the world at the moment? Many wondered how Robin van Persie would do at Old Trafford, with some claiming last season was a one-off, but he has been magnificent from his debut onwards.

He has eight league goals in ten games for United, including strikes against Liverpool, Arsenal, Chelsea and a hat-trick against Southampton.

If he continues his current form, the likelihood is that he will fire United to another Premier League title.

Much has been made of the Uruguayan’s lack of ruthlessness in front of goal, yet he is still only behind van Persie in the top scorers list in the Premier League.

Although he is perhaps not the most natural finisher around, he makes up for it with sheer brilliance in the rest of his game. He works tirelessly for the team, weaves in and out of tackles and is generally a nightmare for all defenders.

A terrific hat-trick at Norwich City and superb goals against Manchester City and Newcastle are his standout moments so far this season, and you wonder where Liverpool would be in the league without him. The controversial side to his game needs to improve drastically, and he needs to be recognised more for his talent than his unsporting antics.

Do you agree with this team? If not, who would you have in your Premier League team of the season so far?