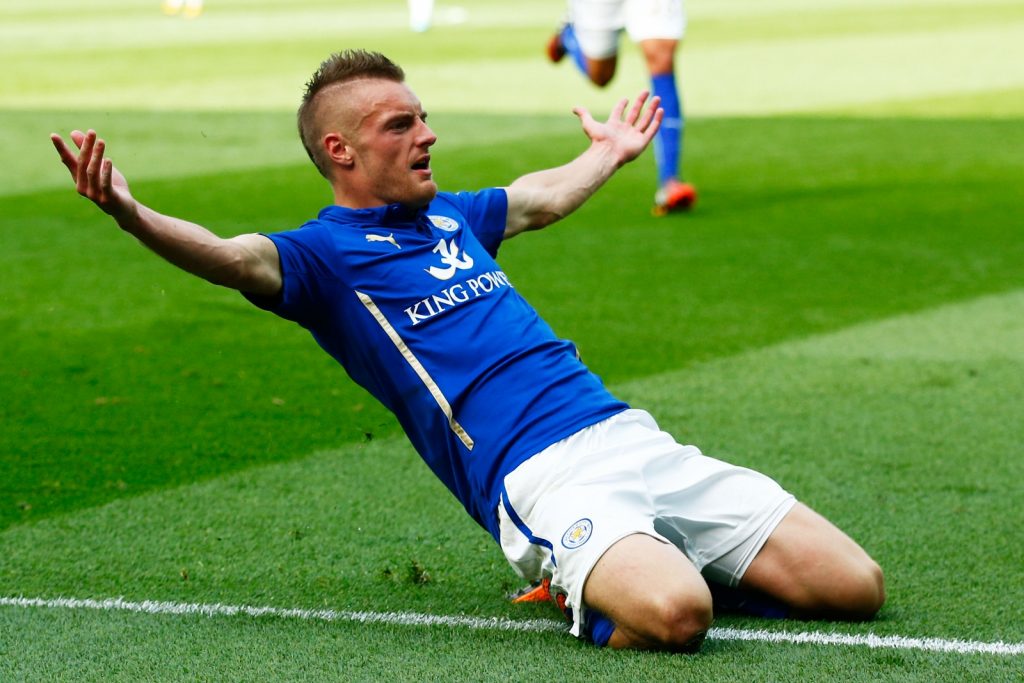 With seven goals in seven matches, it has been hard to ignore the impressive Leicester City forward Jamie Vardy. Already with 10 goals this season, the 28-year-old has exploded onto the football scene, as he shines under new Foxes’ boss Claudio Ranieri.

This season has undoubtedly been Vardy’s best, as his sharp shooting and work ethic has made him a standout at Leicester.

The English player’s form, however, has not gone unnoticed as several clubs around England and Spain are monitoring him ahead of possible bids for the striker in January.

Vardy has been at Leicester City for four seasons now and was a key member of the Foxes Premier League survival in the latter stages of last season making the Englishman a household name.

Since then, Vardy has been able to sustain his form as he can now claim to be the most clinical striker in the Premier League and continue to pressure for international spots.

Although this season would have to be Jamie Vardy’s best season of his career so far. The striker will need to maintain his form heading into the Christmas period if he is to keep the interest of possible suitor clubs, come the January transfer window.

The Metro reported Premier League sides Liverpool, Tottenham and Arsenal are lining up bids for the 28-year-old. Yet, the greatest bid could come from Real Madrid, as Los Blancos acknowledge Vardy as a clinical striker to fit into the La Liga squad which was also reported by The Metro this week..

As rumours circulate of Benzema possibly leaving the side in January after a supposed falling out with Rafa Benitez, a push for Vardy could fill the void left by the Frenchman.

However, the striker is shining for Ranieri and is a constant presence in the Italian managers starting eleven, which may make the Foxes reluctant in letting their superstar go.

It is important that Vardy focuses on maintaining his fantastic goal scoring run as the Foxes battle it out in the top half of the table.

If the Englishman will be at Leicester after January is all speculation. With big clubs preparing to battle it out for his signature, the Foxes may need to get the best out of their striker before he ships off to another side.