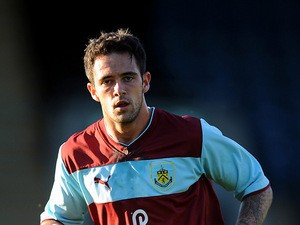 After an explosive start to the season, Premier League Clubs are keeping tabs on 21-year-old Burnley striker Danny Ings. According to the Daily Star, Burnley are fighting off interest from a host of clubs including; Aston Villa, Sunderland, Newcastle United and Crystal Palace.

It is believed Palace are the most serious and are preparing a £3 million pound bid in January if the ex-Bournemouth man keeps up his good form. However the Clarets will look to fight for at least £7m with Ings’ current contract expiring in two years time.

In recent times, Burnley have found the formula of developing multi-million pound marksmen with Jay Rodriguez and Charlie Austin both reluctantly allowed to leave Turf Moor. However Dyche won’t want history repeating itself, especially after a start that has led to fans chanting “who needs Charlie Austin, we’ve got Danny Ings”.