Finally. Finally. Finally, the hibernation is about to get over. It really feels like ages. The real game. The Premier League is back. The summer transfer window was hardly exhilarating, rather it was tedious and boring. Football lovers want action. Drama. On the pitch, and not off it.

The rehab period is now drawing to a close. Let us get intoxicated by the drug that is the Premier League for the next nine or ten months or so. But before that, check out our new Premier League season preview: 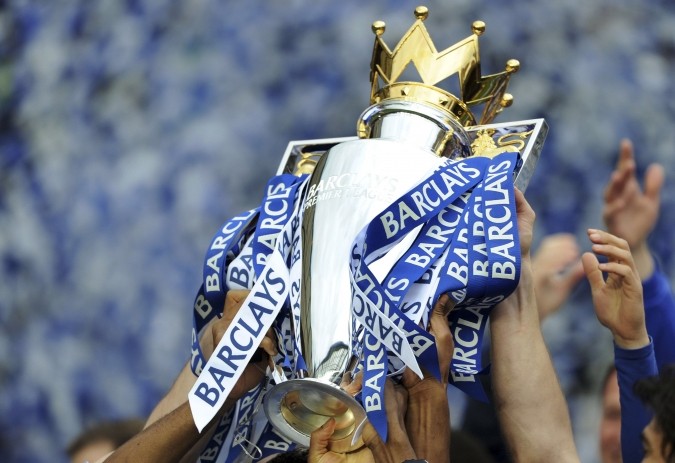 Last season was quite boring. Chelsea won the Premier League at a canter. Manchester City didn’t really give them a close fight and it was all Chelsea’s title to lose since the turn of the New Year. The Blues won the league title by a eight-point margin, which in a way signifies, how dominant they were last term.

Chelsea have had a quiet summer transfer window, as the Blues probably didn’t feel the need to drastically bring in a change to an already star studded squad. By signing Radamel Falcao, who is effectively the third choice striker in the team, on loan, Chelsea have added significant depth to their forward department. Likewise, the loss of Petr Cech, has been well covered up by adding Asmir Begovic from Stoke City, a player with a proven pedigree in the Premier League. If Chelsea can add a centre-back and a left-back before the window slams shut, there’s no reason why they cannot retain the title.

The Blues are expected to face a tough challenge from Manchester City, Arsenal and possibly Manchester United. City have shown in the last few years that they’re really good while chasing the title, than defending it. Raheem Sterling is just the right kind of signing City needed, as the team craved for pace and energy upfront last season. With David Silva getting better and better with age like an old wine, City just need Sergio Aguero to stay fit and firing all cylinders for them.

For the first time in ten years, there is a genuine sense of feeling among the supporters that Arsenal could mount a serious title challenge this season. The cup victories have given them the belief that they are ready to take the next step. Petr Cech could prove to be the signing of the season, and with him Arsenal are already looking such a strong unit defensively.

Manchester United have spent heavily this summer. Again. Louis van Gaal in his second season in charge is now aiming for the title. To be fair, United have added quality players in almost every department, as a result they are strong favourites to finish within top four this season. On paper, United have the look of a really strong team. But, the new players need time to gel, plus European commitments could have an impact on their league performances as well.

And this is where Liverpool have a chance (a slim chance) of cutting into top four. One of the major reasons (along with Luis Suarez being in prime form) why Liverpool had finished second in 2013/14 season was due to their absence from Europe. Brendan Rodgers got ample time to prepare his team ahead of almost every Premier League games, and hence his players were fit enough to sustain a title challenge till the very end, despite the overall quality of the squad being not good enough.

After a disappointing campaign last term, Rodgers is under a huge pressure to deliver. The good thing is, he still retains the support of majority of the fans and the players. But for how long? Tottenham and Southampton are the other two major contenders for the top four spot. Spurs have addressed their defensive problems by adding three quality defenders, but all eyes will be on Harry Kane and whether he can replicate last season’s goal scoring records.

Aston Villa, Sunderland and Newcastle were lucky to survive for another season, but can they avoid the drop this time around? Usually, there’s always a guessing game with the newly promoted teams, so Leicester City, Norwich and Watford join the list too.

Norwich lack the class of a Premier League team. Alex Neil has done well to regroup his team to gain promotion, but are they good enough to grind out results against the big boys week in week out? Not sure. Claudio Ranieri likewise is expected to struggle at Leicester City. It’s really baffling how he continues to find jobs at this level.

Top scorer of the season

Sergio Aguero is a world class striker. But he hardly manages to remain injury free, and probably that’s why it’s not safe to put a punt on him scoring 30 odd goals in the league. Rather, putting the money on Harry Kane to repeat his last season’s heroics is a safer option.

Player of the season

Philippe Coutinho showed last season that his problems of inconsistency are a ghost of past. With Sterling gone, Coutinho now becomes Liverpool’s creative fulcrum, on whom the game plans will be chalked out.

Young Player of the season

Signing of the season (Top four)

Arsenal may still need a world class striker, but Petr Cech will make a huge difference in goal. His presence alone brings an extra confidence in the defence.

Singing of the season (Outside Top Four)

Surprise of the season

Crystal Palace finishing within top six. Last season they finished 10th, and this season they can go even higher. The new signings are key to their progress.

Jose Mourinho and Arsene Wenger starts fighting on the touchline over a controversial decision. Imagine what the press conferences be like!

Anti-Climax of the season

Liverpool fans ready to boo Sterling only to find the England international got injured in training few hours before his trip to Anfield.