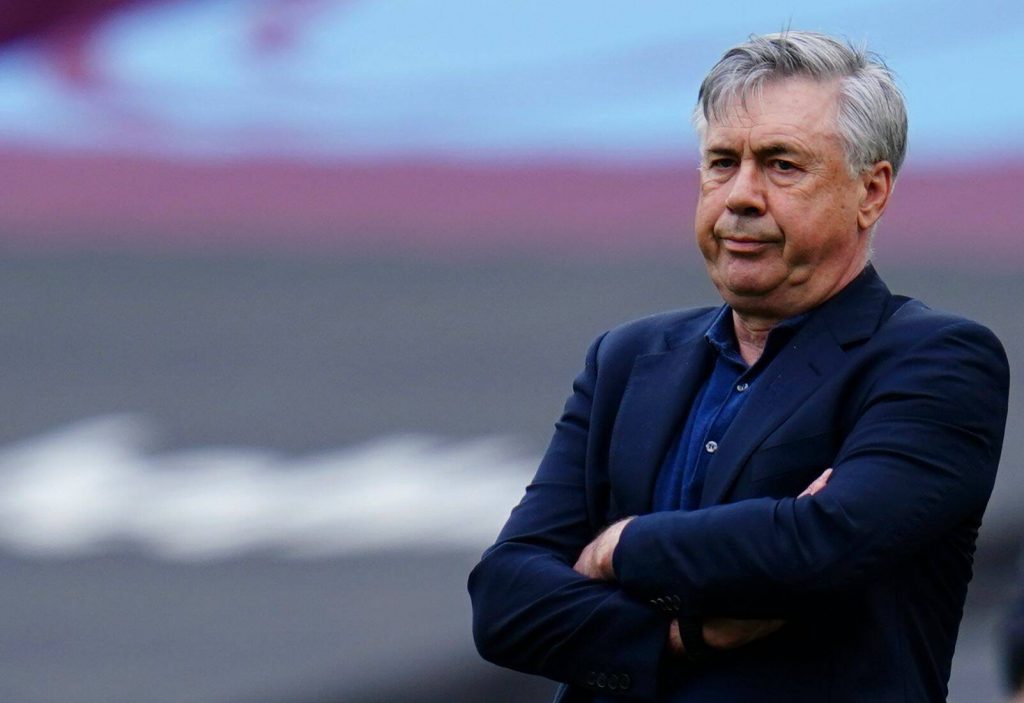 Everton travel to face Aston Villa in the Premier League on Thursday night.

Recent results have been poor for the Toffees. They have managed just two wins out of their last eight games in the Premier League.

However, Carlo Ancelotti’s side are heading into this game on the back of a 1-0 win against West Ham United and will be aiming to end the season on a high note.

Ahead of the match, Ancelotti admitted that a top-four finish will not be possible this season, but his side can still secure European qualification.

The Italian has confirmed that James Rodriguez and Yerry Mina won’t play any part in this game.

Rodriguez will start to train with the team from Friday, and Ancelotti is hopeful that the Colombian can play against Sheffield United on Sunday.

Mina, who started against the Hammers, felt uncomfortable while training, but the towering defender is expected to return this weekend.

Ancelotti is unlikely to change his formation, especially with Rodriguez not around.

In all probability, Mason Holgate will replace Mina at the back. The 24-year-old has been superb this season, and he would fit in seamlessly in the five-man defence.

Allan and Tom Davies were brilliant in the last game, and the midfield is likely to remain unchanged. Dominic Calvert-Lewin and Richarlison are expected to start up front.