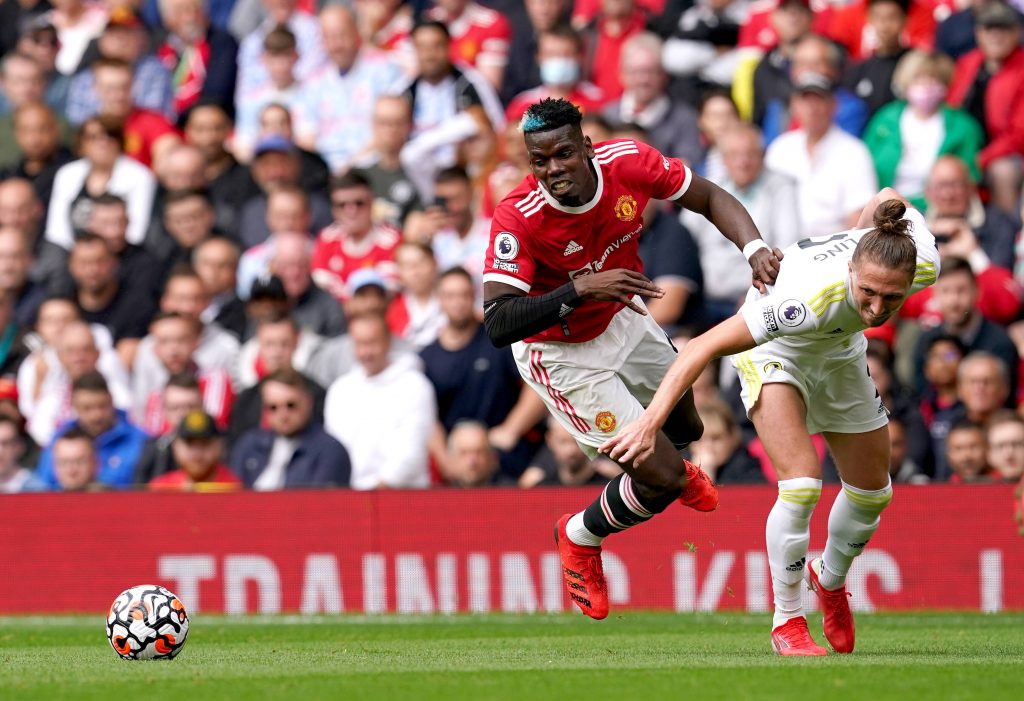 The Frenchman’s future has been a regular topic of speculation this summer, having recently snubbed a new contract with the Red Devils beyond June 2022.

Despite this, he remains an integral part of Ole Gunnar Solskjaer’s plans, and he had a superb outing against Leeds in the season opener at Old Trafford.

Pogba drifted between a midfield and a left wing position. He showed his quality on the ball with his assists coming from different weight of passes.

He ended up with four assists in the superb 5-1 triumph, thereby joining a set of Arsenal and Tottenham Hotspur stars, who previously achieved the feat.

Only Dennis Bergkamp, Jose Antonio Reyes, Cesc Fabregas, Santi Cazorla (all Arsenal), Emmanuel Adebayor and Harry Kane (both Tottenham) had done so in the past.

Pogba’s world-class quality has never been doubted, but there has been criticism from some fans over his inability to replicate his international displays at club level.

He managed to produce one of his best-ever performances in United shirt yesterday, but the question remains whether he can maintain the same level of consistency.

Solskjaer is keen to keep hold of Pogba, but United may have to hand him a potential Premier League record salary as his contract will expire in 11 months.

He could easily command a similar wage package at another elite European club on a free transfer. He is free to negotiate a pre-contract in January.