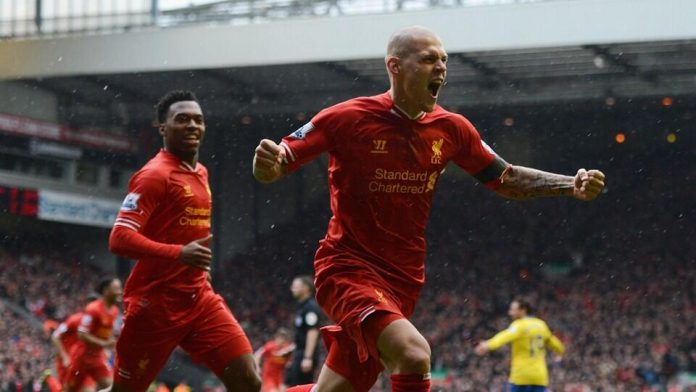 Liverpool smashed in four first half-goals against Arsenal at Anfield this afternoon, with centre-back Martin Skrtel grabbing two in the first 10 minutes. 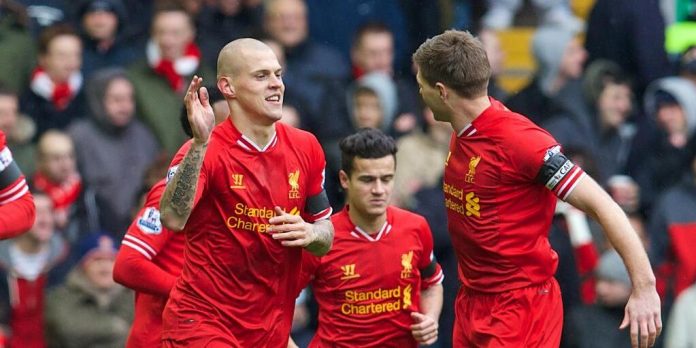 Brendan Rodgers side came flying out of the blocks this afternoon, with Skrtel bagging his first within the first minute, tapping in Steven Gerrard’s dipping free-kick. 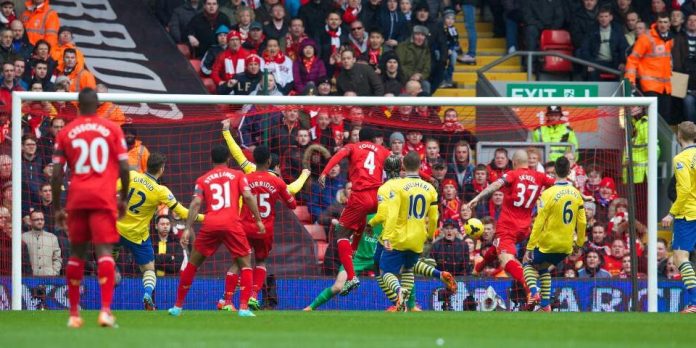 Things got even better for Liverpool minutes later when Skrtel guided a header into the far corner to put the Reds 2-0 to the good.

Raheem Sterling also got in on the act, tapping in the third goal six minutes later after yet another flowing move, before Daniel Sturridge kept up his unbelievable Premier League scoring record with the fourth goal following Luis Suarez’ delightful pass.

Arsenal looked understandably shell-shocked, and couldn’t muster any sort of response, as Liverpool passed the ball around comfortably, probing for even more ways in which to exploit the Gunners’ hopeless first half display.

What do you think? How many can Liverpool get?! Let me know in the comments below…