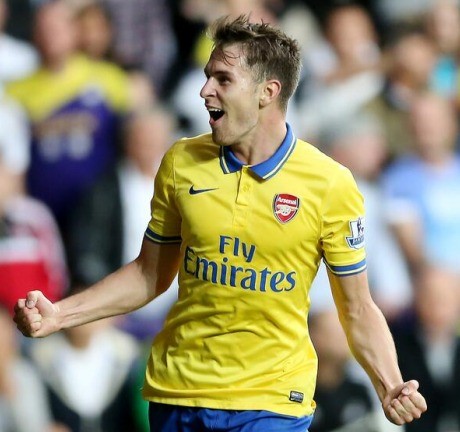 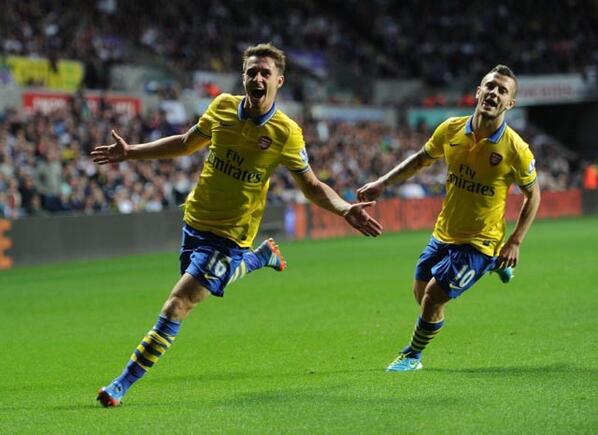 Aaron Ramsey has scored his eighth goal of the season as Arsenal moved back to the top of the table two points ahead of their derby rivals Tottenham, beating Swansea 2-1 at the Liberty Stadium.

The Gunners had a terrific 5 minutes spell in the second half that proved decisive as youngster Serge Gnarby first opened the scoring, then in-form Ramsey added another quickly.

Ramsey’s goal was the best of all. The Welshman drilled the ball in the top corner after neat of exchange of passes and team-play from Olivier Giroud and Jack Wilshere.

The Gunners have now sealed eight consecutive away victories. The Arsenal camp is buzzing with confidence at the moment, but can they mount a serious challenge for the Premier League title?