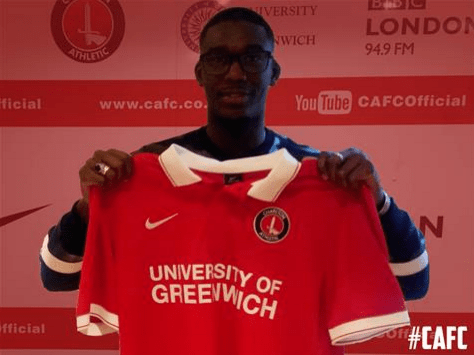 Arsenal striker Yaya Sanogo has joined the Championship outfit Charlton on loan for the remainder of this season.

The French striker joined Ajax at the start of this season but he failed to impress in the Eredivisie. Sanogo has now left Ajax without scoring a single goal for them. His goalscoring record at Arsenal is equally poor.

Sanogo has scored just once for the Gunners in 20 appearances.

Arsenal hoped that the 23-year-old striker would continue his development with Ajax by playing regularly, but the young forward soon fell out of favour with the manager and found himself on the bench.

With the Charlton needing a goalscoring presence up front, Arsenal have acted swiftly to end Sanogo’s Ajax spell and send him on loan to the Championship side.

Charlton are 23rd in the Championship standings and are in desperate need of a goalscorer to avoid relegation. The Addicks have scored just 26 times in 29 league games so far and will hope that their new signing can fire them to safety.

Sanogo is a technically gifted striker who is rated highly by the coaching staff at Arsenal. The Gunners will be hoping for a successful loan spell at Charlton for the Frenchman.