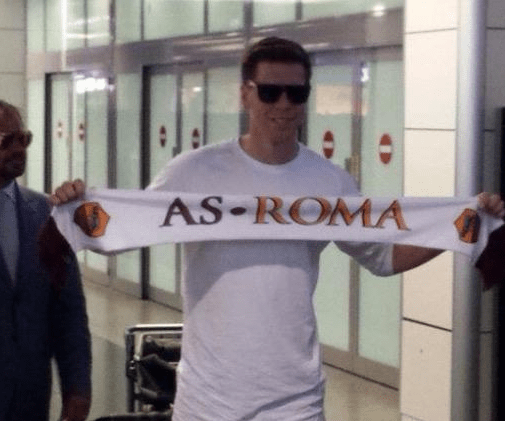 Arsenal goalkeeper Wojciech Szczesny has arrived in the Italian capital to put pen to paper to a one-year loan deal with AS Roma. The Pole was photographed at the airport holding the Roma scarf, as he get set to get his career back on track after falling out of favour at the Emirates last season. 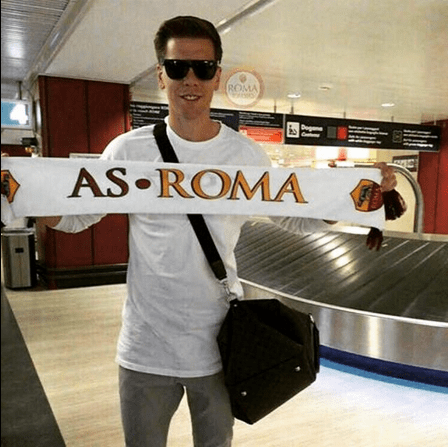 Szczesny was first-choice for Arsenal at the start of last season, but some schoolboy errors coupled with off-field problems saw him lose his place to David Ospina. Now, the Gunners have signed Petr Cech from Chelsea, which sees him pushed further down the pecking order. At Roma, the 25 year-old is expected to get some regular first-team football, with the other goalkeepers at the club, Bogdan Labont and Morgan De Sanctis, both on the wrong side of 35.

Szczesny has been at Arsenal since the age of 16, and manager Arsene Wenger has stated that he does see a future for him in North London despite his decline last year.

“I believe he will have a future at Arsenal. I personally rate him highly — you do not take a boy and put him in the first team at the age of 20 [if you don’t]”, he said.

“He already has huge experience. I don’t want that experience at such a young age to be wasted.”