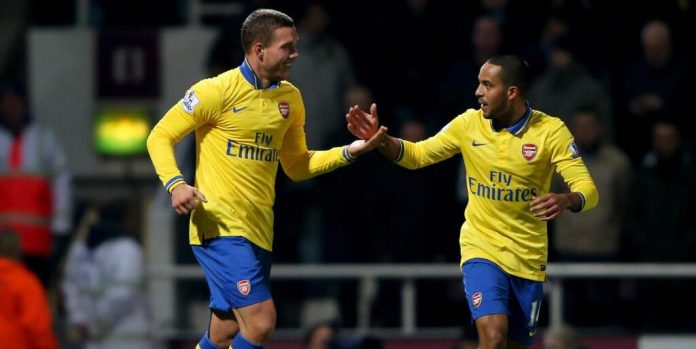 Arsenal moved up to the top of the Premier League with a 3-1 win over London rivals West Ham at Upton Park.

Theo Walcott grabbed a brace, while Lukas Podolski scored his first goal since returning from a lengthy spell on the sidelines.

Arsene Wenger’s men were made to work for the three points, with West Ham having taken an unlikely lead just after half time through Carlton Cole.

Walcott started the comeback on the 68th minute, before doubling his lead with a headed effort from Podolski’s cross. 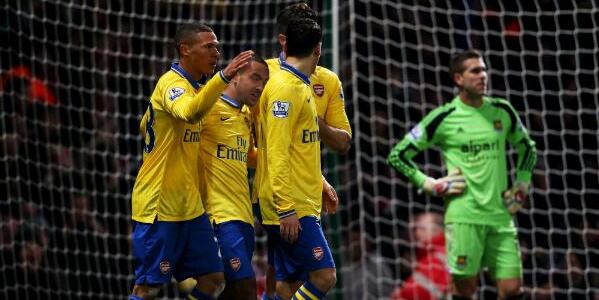 The German finished the Hammers off soon after with a lashed shot in the 79th minute.

Thanks to the efforts of Walcott and co, the Gunners ended a run of three league games without a win, and although Liverpool can jump ahead of Arsene Wenger’s side with a win against Man City, the victory puts Arsenal right back into the mix for the title.

What do you think? Can Arsenal win the title? Let me know in the comments below…