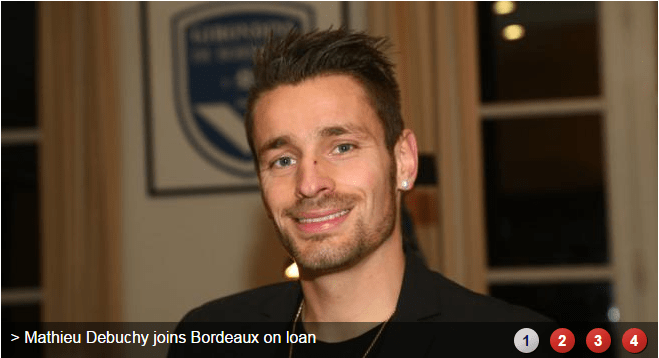 Arsenal right back Mathieu Debuchy has joined the French outfit Bordeaux on loan for the remainder of the season.

The 30-year-old French international is desperate to be a part of the national team squad for the Euros and he knows that it is only possible if he keeps playing regularly.

Debuchy joined Arsenal back in 2014 and won the FA Cup during his time at the London club.

The Arsenal defender was linked with moves to Aston Villa and Manchester United but reports stated that Arsene Wenger blocked his move to Old Trafford and he was left with no option but to join Bordeaux instead.

Manchester United have to field the likes of Valencia and Young at right back due to injuries this season and it makes perfect sense for them to consider a move for the experienced Arsenal full back.

It is highly unlikely that Debuchy will return to playing for Arsenal next season. The player is expected to sort out a permanent move in the summer.