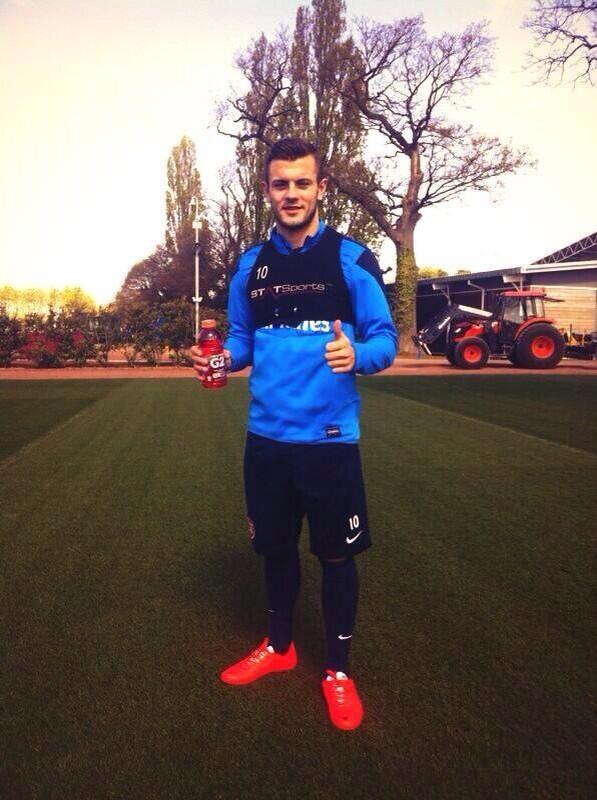 Good news for the Arsenal and England fans – Jack Wilshere is back in training.

The 22-year-old England midfielder suffered a hairline foot fracture in England’s friendly against Denmark last month and fears were rife that the England international could miss the rest of the season as well as the World Cup in Brazil.

Arsene Wenger, who was confident that Wilshere will play again this season, said yesterday:

“Jack Wilshere should start to jog this week. It is all going well, but we have to monitor him now day by day.

“I think the next three weeks will be very important for him.”

However, he is making good recovery to give Arsenal a huge boost ahead of their race for top four finish in the league.

Wilshere posted an image at Arsenal’s training ground along with the message: “First time in boots for 6 weeks!!! Great feeling!”