Arsenal star Theo Walcott has dropped a massive hint that he could return to first team action later this weekend.

The Gunners host Premier League newcomers Burnley in the league clash at the Emirates on Saturday. The England international has been out of action with a serious injury and missed out from the 2014 World Cup in Brazil.

Walcott had regained full fitness and was on the bench during Arsenal’s 2-0 victory over Sunderland at the Stadium of Light. The forward has now taken on Instagram and dropped a hint that he could feature for Arsene Wenger’s side on Saturday. 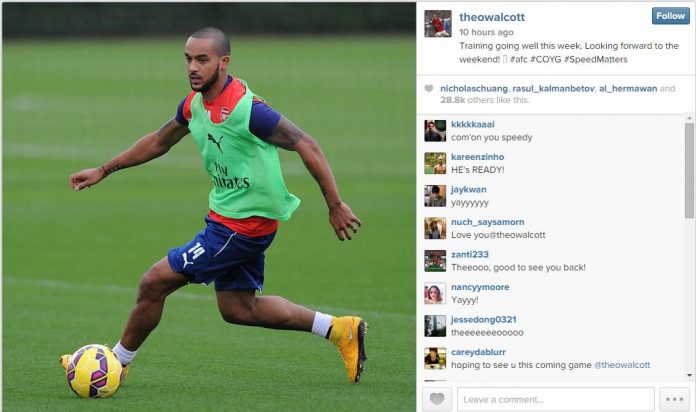 Walcott’s return should lift the mood in Arsenal’s camp and he could play a vital role in helping the North London club finish this campaign on a high.