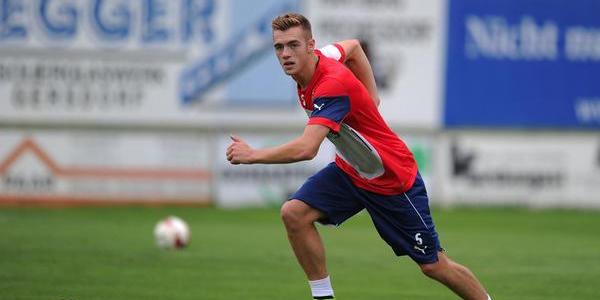 Arsenal’s new £16m signing Calum Chambers took part in his first training session today, with the club eagerly posting a photo on Twitter of the 19-year-old being put through his paces.

The former Southampton defender completed his big-money move to the Emirates on Monday, with boss Arsene Wenger impressed with the youngster’s versitity during last season with the Saints:

“He can play at centre-back, right-back and central midfield,” Wenger said after the defeat to New York Red Bulls.

“I hope he will give us competition for the players in these three positions. He hasn’t played many games, no, but the English players on the market in England are very expensive and at the end of the day I was ready to take a gamble because he is a player for the future.”

Check out the first snap of Chambers in training or the Gunners below: