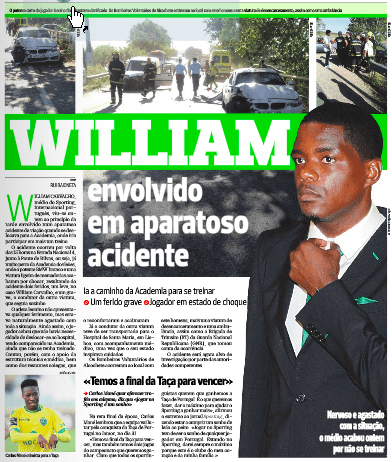 William Carvalho, the highly rated Sporting midfielder, who is a long term reported target of Premier League club Arsenal, was involved in a nasty car accident on Thursday.

The incident took place around 3pm when the midfielder was on his way to Sporting’s academy for training sessions.

Carvalho was on his BMW and the incident took place on the National 4 road. He sustained some light injuries but the driver of the other vehicle was severely injured and was taken to hospital.

The police authorities are currently investigating the accident, which A Bola suggest is just a formal procedure.