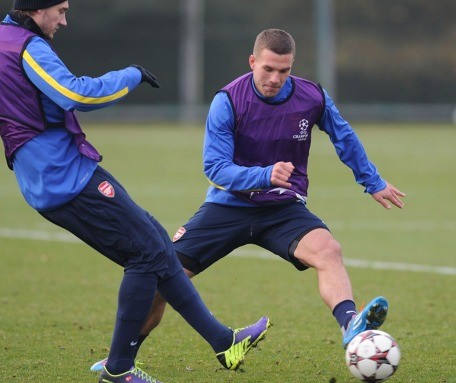 Ahead of Arsenal’s crucial Champions League tie against Napoli, Arsenal fans will be delighted to see Germany international Lukas Podolski is back in full training with the squad again.

The 28-year-old tore his hamstring in the win over Fenerbahce at the end of August and has been out of action since, however, he is expected to be in the squad against the Naples. 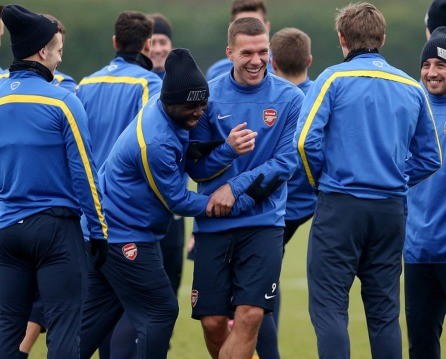 Arsenal are top of Group F in the Champions League and all they need is to avoid a three-goal deficit against the Serie A outfit to reach the knock out stages of the competition. The confidence is high in the Arsenal camp – their impressive away form, four wins out of five in UCL this season and their domestic form (top of the league) – and the return of Podolski will lift that spirit even higher.

The Gunners are heading into this match on the back of a 1-1 draw against Everton. England winger Theo Walcott, who made a cameo appearance against the Toffees, is expected to start in Naples.