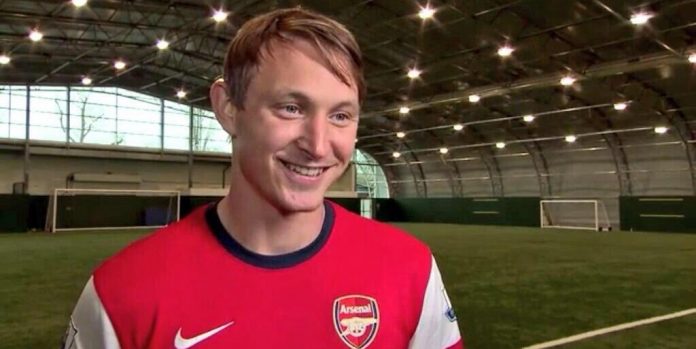 New Arsenal signing Kim Kallstrom will wear the number 29 shirt for the Gunners, the club have revealed.

We can now reveal the number Kim #Kallstrom will wear for Arsenal. #WelcomeKim #DeadlineDay pic.twitter.com/QveDvf0vv6

The 31-year-old joined the club early on deadline day from Russian side Spartak Moscow, and will provide cover for the injured Aaron Ramsey, who is out for a minimum of six weeks according to Arsene Wenger.

The experienced midfielder is able to play in either defensive or more advanced positions, and has earned 108 caps for Sweden, scoring 16 goals.

“He has proven quality at both club and international level,” Wenger said of his solitary January signing,

“We welcome Kim to Arsenal.”

Kallstrom spoke to the Official Arsenal Website after signing off on his short-term loan spell unitl the end of the season, and said:

“Arsenal is an amazing club with a lot of great players and a coach who has done really well here for a long time. I am so pleased to come here to learn as much as possible. I’m here to do my best for Arsenal and to help out the team, so we can achieve good results for the last part of the season.”

What do you think? Will Kallstrom be a success? Let me know in the comments below…