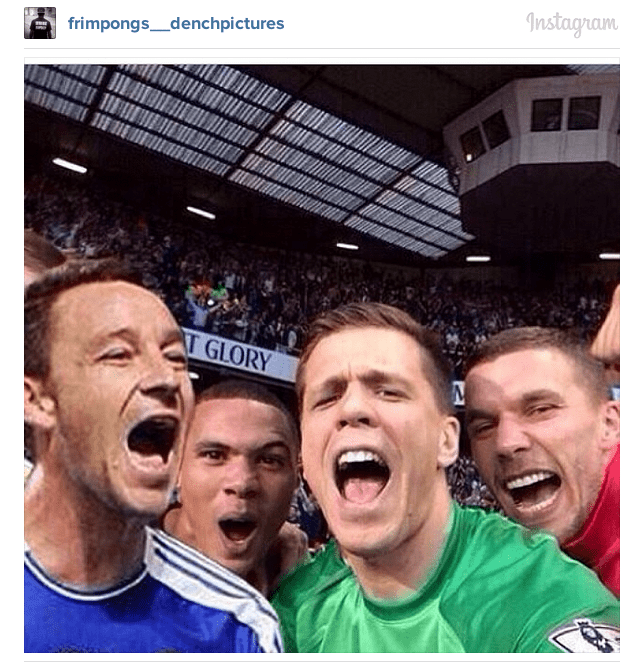 Emmanuel Frimpong is some character. Really, he is. During his time at Arsenal, he could hardly make headlines with footballing performances, but is well known for his social network banter.

Frimpong is back in the news again, for doing what he does best. He has poked fun at Chelsea skipper John Terry with a mocked-up picture on his official Instagram account.

The photo from the ‘selfie’ taken by Arsenal goal keeper Wojciech Szczesny in the aftermath the North London Derby, and hints at Terry’s eagerness to join in with celebrations, even if he is not playing, as he did in the 2012 Champions League final.

A thunderbolt from Tomas Rosicky gave the Gunners all three points and kept them in the title hunt, with the North Londoners now four points behind Chelsea, with a game in hand.