It is all going horribly wrong for Arsenal and Arsene Wenger. They were top of the league in January but now top-four finish has come under intense threat, after they suffered a heavy 3-0 defeat at the hands of Everton yesterday.

Critics were always divided on their opinions regarding Wenger. But, Arsenal fans have kept their faith on Wenger, time and time again, showing full support to the man, who gave this club so much.

However, with the same cycle repeating again and again, it feels like the club is at stagnation under Wenger.

Wenger has also admitted this time that his team lacks mental fortitude, while claimed yesterday that his team has no confidence left in them. The Frenchman even admitted that finishing in top four will be difficult for them now.

We have seen all these years, Arsenal fans proudly flaunting the banner – ‘In Arsene We Trust’, now, fans are gradually losing their patience. 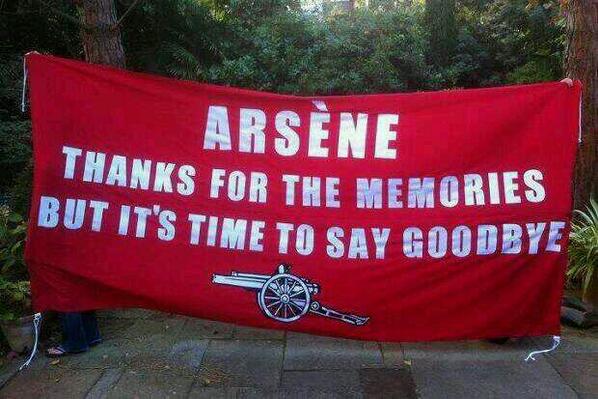 Humiliated by City, thrashed by Liverpool, shamed by Chelsea..now stuffed by Everton. How much more are we supposed to endure? #WengerOut

Wenger is not intouch with modern day football and players, his time is up. #WengerOut

This Arsenal team is a joke and has been since 2006. (No offense Arsenal fans) #WengerOut

Let us know your reactions below…