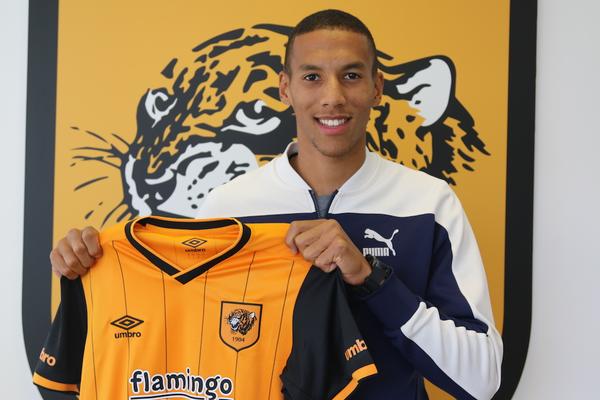 Arsenal have confirmed their midfielder Isaac Hayden has joined Hull City on loan on Friday.

The versatile player has been a key player in the Gunners’ Under-21 setup as he captained the side. Arsene Wenger has also included in the League Cup fixtures against West Bromwich Albion and Southampton over the years.

A statement on Arsenal’s official website, “Isaac Hayden will join Championship club Hull City on loan for the 2015/16 season.”

“An England under-20 international, Hayden enjoyed a productive start to pre-season this year, featuring in Arsenal’s Emirates Cup victories over Lyon and Wolfsburg. Everyone wishes Isaac well for his time with Steve Bruce’s side.”

SIGNING: @HullCity have completed a deal to sign Isaac Hayden on a season-long loan deal from @Arsenal pic.twitter.com/nGXafPwkxW

Hull were relegated from the Premier League after a disappointing campaign in 2014/15 season. Steve Bruce will be hoping that his side can impress in the Championship this term and return to top flight English football.

Meanwhile, the 20-yera-old says the loan move has come at the right time in his career and is hopeful his time at the KC Stadium will help him develop as a player.

“The manager has been great with me and I’m looking forward to meeting the rest of the lads – I can’t wait to get started now,” Hayden told Hull’s official website.

“This club is an ambitious one, so to be part of this is a great opportunity – it’s a chance for me to prove myself. I’m very excited for the season ahead. I didn’t get to play in too many games last season due to injury and playing Under-21s football at my age isn’t enough for my development.

“Playing first-team football is what I need in order to improve and kick on and it’s imperative that I get that experience under my belt.

“I think I’ve come to the perfect place to do just that in Hull City. It’s a great club and one that should be in the Premier League – hopefully I can play my part in helping the club get back there at the first time of asking.

“I’m delighted to have been given the opportunity and hopefully I can take it with both hands and show everyone what I can do.”

Hayden is a versatile player, who can play in different positions. He has featured in the central midfield role. In addition to this, he can also play in the heart of the back four and also as a right-back.