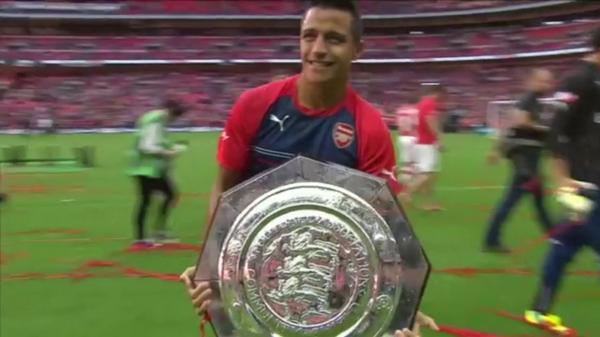 Arsenal beat a lackluster Manchester City side by 3-0 at Wembley as the Gunners won the first trophy up for grabs this season. Santi Cazolra opened the scoring midway in the first half while Aaron Ramsey doubled the lead just on stroke of the half time whistle.

Olivier Giroud then came up with a magnificent finish from outside the box to cap up a dominating performance from the London club.

See all of Arsenal’s goals here.

Arsenal’s major midfield signing Alexis Sanchez from Barcelona had a terrific game and has now won a trophy in his full debut for the Gunners ahead of what promises to be an exciting 2014-15 season. 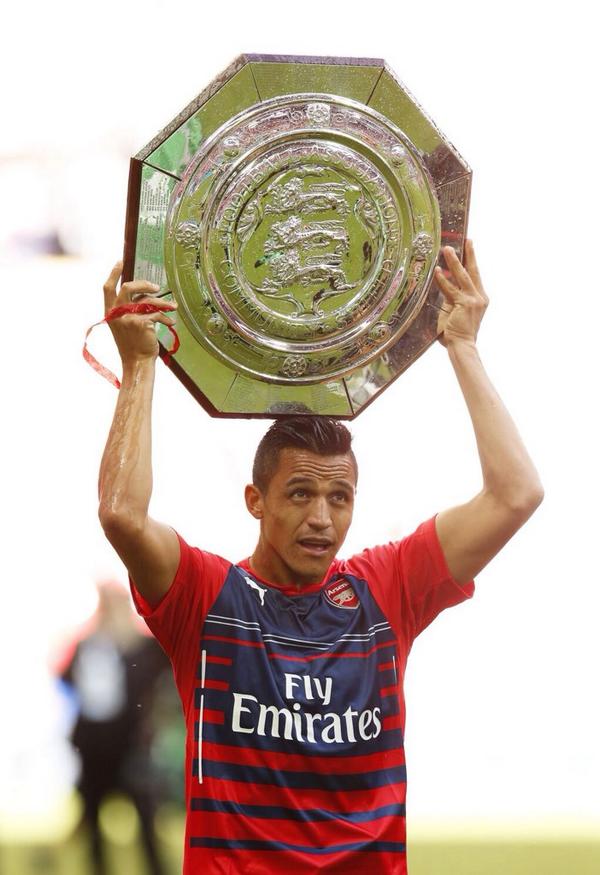 The Emirates faithful will be expecting more from the Chilean star in the campaign ahead as Arsene Wenger promises to mount a serious Premier League title challenge.

City manager Manuel Pellegrini too acknowledged the quality of the 25 year old : “He’s a top player, very experienced, he will be a great player for Arsenal’