Pele, Best, Maradona or Cristiano Ronaldo? How does CR rank with the best?

Comparisons can be a pain in the backside. My dad says that nobody was ever better than Tom Finney or Puskas, my older brother says George Best and Pele have no equals, I believe Maradona to be the best ever and my son says that Cristiano Ronaldo has more than the lot of them put together.

It has always been this way. We always think that the top players of ‘our generation’ are the best of all time. It is impossible to compare these great players because they are all from a different place and time. Of course George Best wouldn’t be as quick, as fit or strong enough to play in today’s Premiership and Ronaldo would have been even more of a phenomenon than he is now if you transported him back thirty or forty years.

You can only judge them by how good they were amongst their contemporaries. It is no good listening to anecdotal evidence because the fans of each player will only tell you why their particular favourite is the best of all time. The only way to judge this fairly is to look at the facts and figures. So let’s do it: 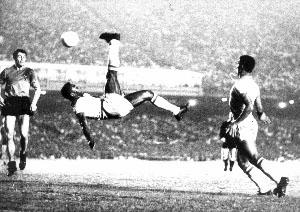 Honours
3 World Cup winners medals. (Didn’t play in 1962 final through injury but was awarded a medal some years later)
19 Domestic club honours.
Named footballer of the century by FIFA. (Voted for by panel of experts. Maradona won an online public poll)
Named athlete of the century by the International Olympic Committee. 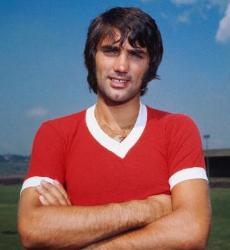 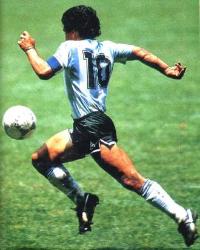 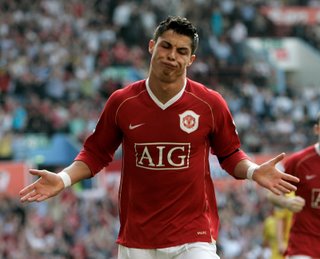 So there we have the stats. What do we make of them? If you need some more help let’s look at what other people think of them and in some cases, what they think of themselves.

“Comparing Paul Gascoigne to Pele is like comparing Rolf Harris to Rembrandt” — Rodney Marsh.
“For 20 years they have been asking me the same question, who is the greatest? Maradona or Pele? I reply that all you have to do is look at the facts – how many goals did he score with his right foot or with his head?” – Pele

“George Best was able to use either foot. Sometimes he seemed to have six of them” – Sir Matt Busby
“Maradona good, Pele better, George Best” – Famous Irish saying

“I worked hard all my life for this. Those who say I don’t deserve anything, that it all came easy, can kiss my arse.” — Maradona
“Maradona is our maximum term of reference. No one embodies our essence better. No one bears our emblem more nobly. To no other, in the last twenty years, have we offered up so much passion. Argentina is Maradona, Maradona is Argentina.” – Argentinian psychologist

So there we have it. It’s decision time. Does Cristiano Ronaldo deserve to be in this company yet? Could any of the other three score the goal that Ronaldo scored against Roma last night? Pele maybe. So if these are the greatest ever, what order do they go in?

I’ll go first and give my reasons:

1. Pele – a) 3 World Cup winners medals b) Scoring record c) Apart from Viagra, no drugs as far as we know d) He says he was better than Maradona

2. Diego Maradona – a) Won a World Cup almost single-handedly b) Talent and attitude, i.e. Kiss my arse c) Just too many drugs

3. Cristiano Ronaldo – a) Already performed at European and World Cups b) George Best said he is better than he was c) Hasn’t quite got the longevity yet

4. George Best – a) Wonderful player but Ronaldo has beaten his record b) Not his fault to be born in Northern Ireland but no major International success c) Too much booze.

Graham Fisher writes at Views of a fan.