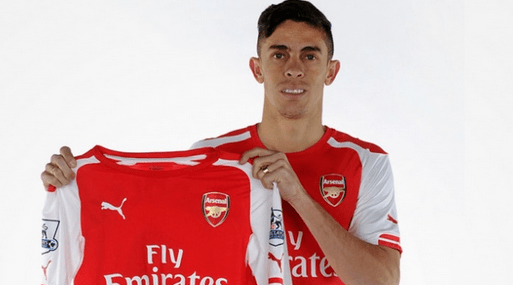 This week saw Arsenal complete the protracted transfer of Gabriel Paulista, Villarreal’s Brazilian centre-back. Arsenal fans appear happy to welcome their new defensive recruit, especially one with a degree of top-level European domestic experience, but the thought occurring to many is simply: why did it take so long?

Much like their wait for defensive reinforcements generally, Arsenal fans were made twiddle their thumbs as inaction appeared to grip the Emirates Stadium outfit last week. What started as one cog in the January rumour mill turned into something more solid once work permits were being mentioned in sports websites’ taglines. This then bred player profiles of the relatively unknown quantity that is Gabriel Paulista and, finally, the signing was announced with the player himself declaring it a dream come true after arriving into Europe as early as 2013.

But, why did it take so long? Arsenal has been coping with a defensive deficiency since the summer departure of then-captain Thomas Vermaelen and this is despite the signing of Calum Chambers as a long-term alternative at centre-back. A lack of defensive nous has been evident in some disappointing displays this season; their trip to Stoke’s Britannia Stadium springs to mind as a particularly vivid example of this. Solidity has returned as Frenchman Laurent Koscielny has been reintroduced following injury, but for a club apparently of such high ambition and with resources to match, it has irritated many Arsenal fans to see the club leave itself vulnerable.

Injuries are a complex element of football and anyone positioned on the outside of a particular football club is ill-advised to make what can only be educated guesses about the goings-on inside the physio rooms and training grounds. However, it seems obvious that having Calum Chambers, a teenager who spent his only season of Premier League football to date playing at right-back, and Nacho Monreal, seemingly the club’s second-choice left-back, as the two deputies for the generally impressive partnership of Koscielny and Per Mertesacker would have serious consequences on the team’s title ambitions should serious injury or suspension befall one of the two first-choices stoppers. Of course, Arsenal manager Arsene Wenger could not foresee the length of Koscielny’s injury – or the rotten luck of compatriot Mathieu Debuchy – but the modern top-level football manager must prepare for all eventualities with crammed schedules and lengthy European excursions.

More baffling, perhaps, is the fact that the club is so willing to splash the cash further up the field. Mesut Ozil and Alexis Sanchez have joined the club for roughly a combined £80m, from Real Madrid and Barcelona respectively, over the past 18 months and, despite their differing fortunes on the pitch, represent a club that can compete with the big hitters in the global transfer market. Combine this with the obvious need for central defensive cover and it starts to become clear that the signing of Gabriel Paulista has been long overdue. The question is, with the title race seemingly exclusively reserved for those teams wearing differing shades of blue, is Paulista’s signing too little, too late?