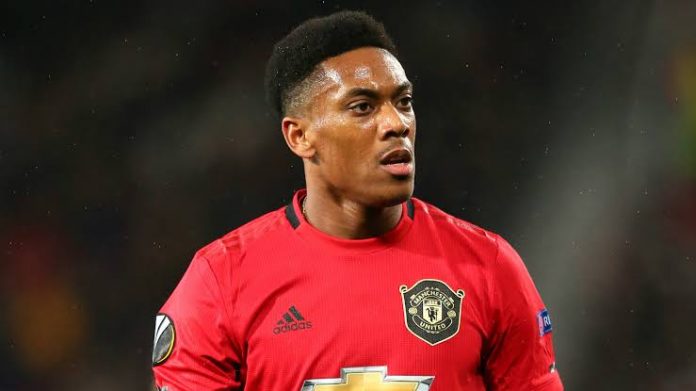 As per the Metro, Manchester United legend Paul Scholes is not convinced that Anthony Martial is capable of leading the attack for the Red Devils in the long-term.

Although the Frenchman had the best scoring numbers of his career last season with 23 goals in 48 appearances across all competitions, United still need a “top-class No. 9,” according to Scholes.

During Mourinho’s era at Old Trafford, Martial often operated from the left, but since Solskjaer took over, he’s been used as a centre-forward than on the flanks.

However, Ole Gunnar Solskjaer’s men haven’t been able to sustain that momentum in the current campaign, losing two of their opening three top-flight fixtures.

After being defeated 6-1 at home to Tottenham before the international break, with Martial yet to open his account this term, and Rashford having one goal to his name, while Greenwood also scored in the Carabao Cup win against Luton Town, doubts have been raised over the Red Devils’ firepower.

The former England international who suggested United should have targeted Borussia Dortmund’s Erling Haaland instead of his teammate Jadon Sancho in the summer transfer window, doesn’t think the 24-year-old is the right centre-forward for the Red Devils despite his commendable individual quality.

“These forwards are exceptionally talented lads. We all know that,” Scholes told Stadium Astro.

“The problem with United’s forwards is that none of them is an actual centre-forward.

“Martial almost conned us into thinking he was one at the end of last season because he scored so many goals and was quite good.

“He’s started this season quite poorly again, which makes you think he isn’t. It’s misleading. That’s why I’ve kept saying we need a top-class No. 9.”

Solskjaer has brought in Edinson Cavani on a two-year contract to join the attack but the Class of ’92 treble winner described the deal as ‘very strange’ business.

United resume to action in the Premier League on Saturday with a trip to St James’ Park to face Newcastle on the cards.