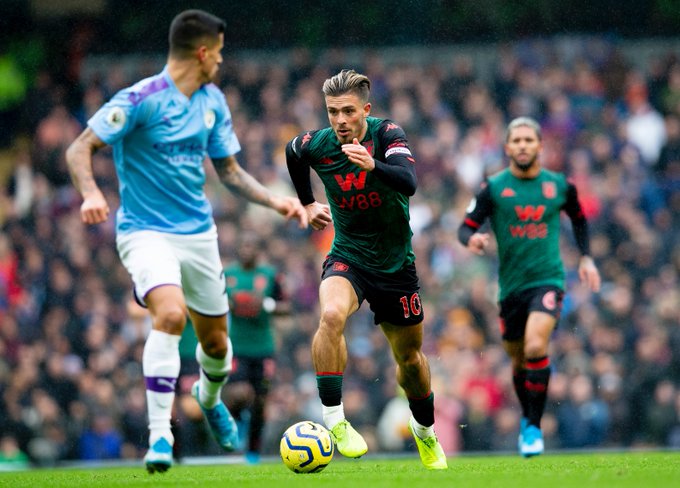 Aston Villa suffered defeat against Manchester City in the Premier League clash on Saturday at the Etihad Stadium.

Paul McGrath has expressed his frustration on social networking site Twitter after Aston Villa were not awarded a penalty against Manchester City this afternoon.

The former Villa hero feels that John Stones had handled the ball twice inside his own penalty area. He is particularly disappointed with VAR for failing to award Villa a legitimate penalty.

City were dominant once again at home and won the match 3-0. Villa’s resistance lasted for only 20 seconds after the break as goals from Raheem Sterling, Kevin De Bruyne and Ilkay Gündogan sealed all three points for the home side.

What about Var again with Aston Villa. I said before it will eventually predict who comes where in the league, it’s now happening again to Villa, Stones handled the ball not once but twice in the box and no Penalty 😡 #utv

Dean Smith’s side did enough to keep the scoreline 0-0 in the first half.

The visitors managed only 37% of possession and registered five shots on target during the game. Jack Grealish failed to influence the game, and Villa had no answer once City shifted their gears.

As a result of the victory, Manchester City have cut Liverpool’s lead at the top of the Premier League table to three points.

Villa will return to action on Wednesday evening when they take on Wolverhampton Wanderers at Villa Park in the fourth round of the EFL Cup.