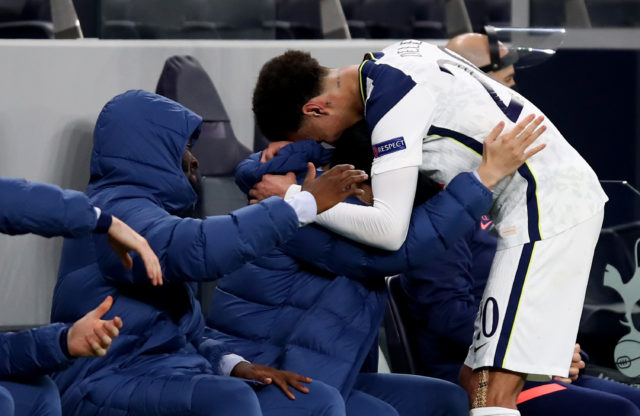 Leeds United striker Patrick Bamford was left stunned after Dele Alli scored from an outrageous bicycle-kick in the 4-0 win against Wolfsberger on Wednesday night.

Spurs registered an 8-1 aggregate win and progressed through to the next round of the Europa League. Carlos Vinicius scored twice while Gareth Bale also found the net for the north London club.

Alli has found game time hard to come by this season. It looked like he could leave the club in the January transfer window, but he showcased to the world what he is capable of with a brilliant all-round performance.

First, he collected a low cross from Matt Doherty with brilliant control, and then he turned and produced an overhead kick to perfection.

Leeds star, Bamford, who scored his 13th goal of the season against Southampton on Tuesday night, took to Twitter to express his reaction. He has scored some brilliant goals this season but probably hasn’t managed to score as spectacular as this.

Grealish posted this on his Instagram story when reacting to Alli’s goal: ‘Naaaaah @Dele’ added with a shocked face and a fire emoji. 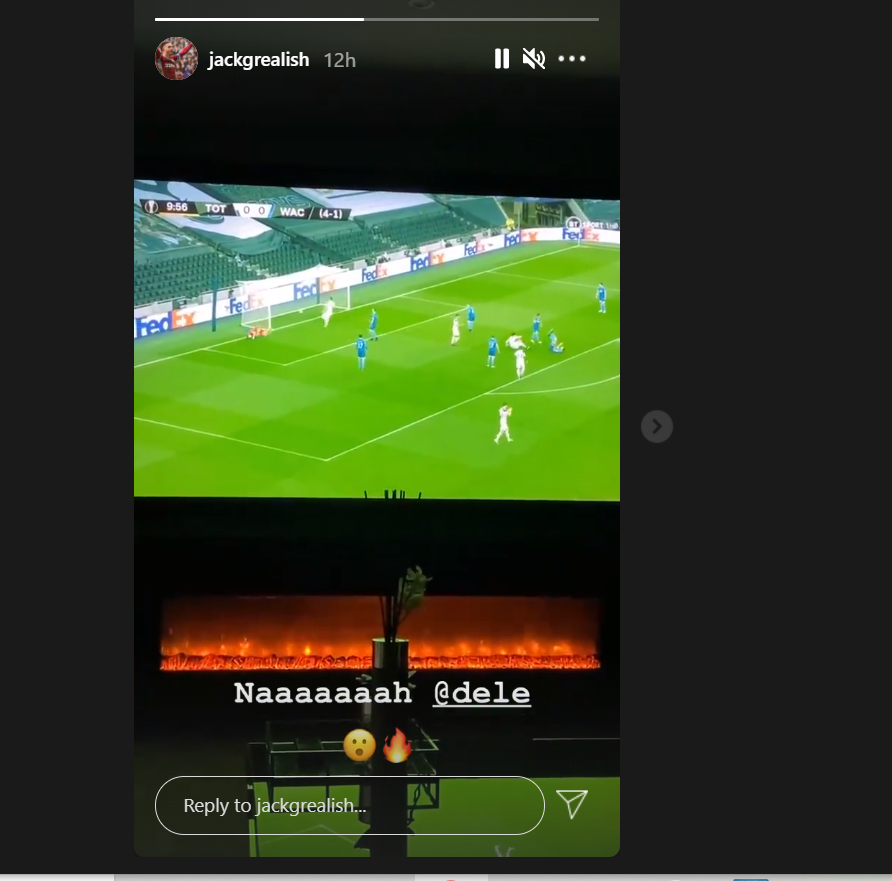 Alli has looked sharp in recent games and Jose Mourinho must unleash him in the Premier League now. Spurs are struggling badly in the league (five defeats in their last six games), and Alli’s quality and arrogance have been thoroughly missed.

The England international also registered two assists during the game and has provided Mourinho with a timely reminder that he’s ready to get back into Tottenham’s first-team on a regular basis.