United States
Home News One nil to the Arsenal? 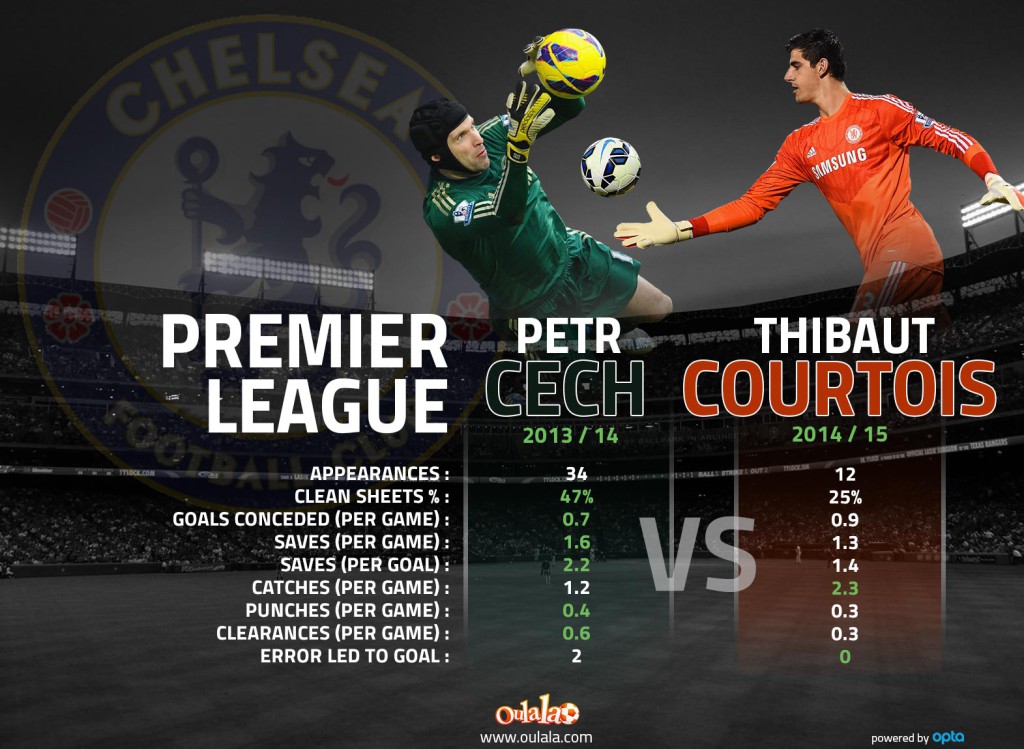 Recent reports have suggested that Arsenal have agreed ‘in principle’ to sign Petr Cech from Chelsea. Whether this is simply paper talk or if there is actually some truth in the rumours it’s time for every Chelsea fan to question why. Allowing a goalkeeper of Cech’s class to leave the club is a worthy concern alone, but to allow him to move to another Premier League team brings it to a whole new level.

Let’s go back to the start of the season. Cech was on the back of sharing the Premier League’s Golden Glove with Arsenal’s Wojciech Szczesny after both goalkeepers had claimed sixteen clean sheets each in the 2013/14 season. He was also named as the goalkeeper in the PFA’s Team of the Year. At thirty-two Cech is in his prime and he can still offer many years at the very top.

Mourinho chose to recall Thibaut Courtois from his loan at Atletico Madrid. The young Belgian had been winning rave reviews for his performances in La Liga after helping Atletico to the league title, pushing aside Spanish giants Barcelona and Real Madrid in the process. Not only that, but in the Champions League too, Courtois was a major influence in helping Atletico reach the European final in 2013/14 and his team was just seconds away from the securing trophy before Sergio Ramos equalised in the ninety-third minute for city neighbours Real Madrid.The rest as they say is history. Like Cech, Thibaut’s season was also a good one, probably even better.

In Courtois’ return to Stamford Bridge Mourinho had a decision to make. One of two of the world’s best goalkeepers would have to sit on the bench. When favouring Courtois it was clear that Mourinho had his eye on the future, that was pretty obvious and to an extent made perfect sense. However, Cech, as previously mentioned is thirty-two, in his prime and arguably back to his very best pre-Stephen Hunt-gate…

Was Cech undroppable? Could Mourinho have allowed Courtois to stay at Atletico a further season? Would that have benefited both clubs? Is allowing Cech to leave the club and potentially move to a Premier League rival a bad move?

Opta powered fantasy football game www.oulala.com have taken a firm look at the stats and have answered these questions. A focus on Cech’s 2013/14 Premier League game to game form against Courtois’ first twelve Premier League games this season.

The results suggest that Mourinho has made the wrong decision in dropping Cech and that allowing him to leave Stamford Bridge would be an even bigger mistake. On a per game basis Cech leads almost every important goalkeeping statistic. His clean sheet percentage is higher and is over a larger amount of games, he has conceded less goals per game and has made more saves per game as well as making more saves per goal. The Czech stopper also has better punches and clearances stats in his favour. In fact the only two things that Courtois does lead are catches made and less errors leading to goals made and considering the much lower games played the former isn’t really worth its weight until he has completed thirty-four games.

Arsene Wenger has never experienced victory over Mourinho but if Arsenal land Petr Cech it is Wenger that will feel like he’s won a trophy. With Arsenal’s poor start to the season Wenger’s fourth place trophy will be a big ask for the club, however maybe he’ll soon be dreaming up the ‘Petr Cech trophy’…