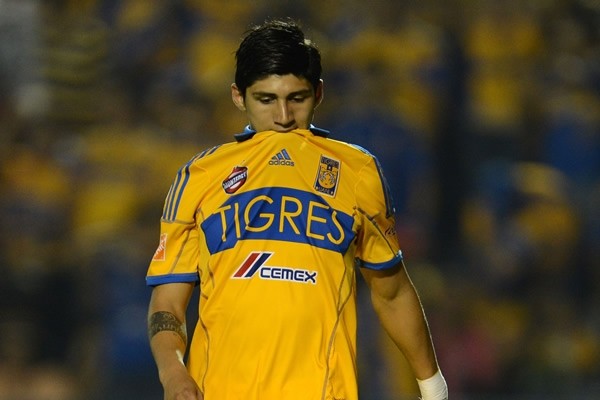 A really disturbing news has shocked every football fans across the world. Olympiakos and Mexico striker Alan Pulido has been kidnapped and hasn’t been seen since Saturday night.

The news has been confirmed by the player’s brother, Armando. He said in an interview with Media Tiempo:
“Yes, it is true. He disappeared from the morning and we [are trying to] support the governor. We are waiting to see what happens.”

Pulido joined Olympiakos in July 2015 but had to wait until January to make his first appearance for the Greek club. However, he did impress in the second half of the season, where he scored five goals in eight Super League matches, including three in the final four of the 2015-16 season.

The 25-year-old was selected for Mexico’s Copa America squad, but he still returned to his homeland to enjoy the vacation.

He was enjoying a party with his girlfriend on Saturday night. He left the party at around 11.30pm local time, at which point six masked men attacked his car and took him by force. The incident took place in Cuidad Victoria in Mexico.

The kidnappers are yet to contact the family but Mexico’s federal agencies are actively on the case to rescue him at the earliest.