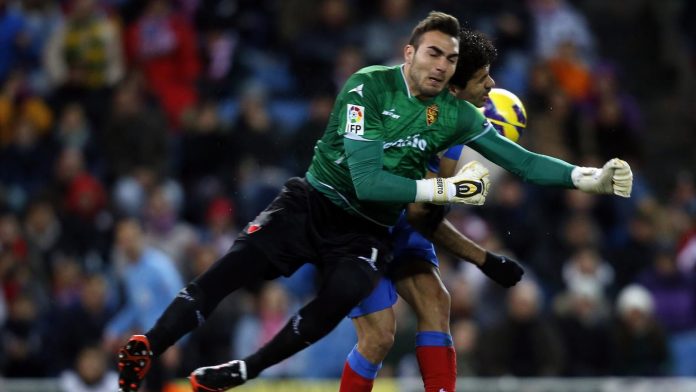 Arsenal have submitted a £4.3m offer for Olympiakos goalkeeper, Roberto Jimenez, according to the Spanish publication MARCA.

Marca have claimed that Arsenal are looking to sign a replacement for David Ospina and the London club have identified Olympiakos keeper, Jimenez as the ideal backup for Petr Cech.

Arsenal have loaned out two keepers in Wojciech Szczęsny and Emiliano Martínez this summer. Colombian keeper Ospina is also keen to leave, due to the limited first team opportunities.

Olympiakos are ready to accept an offer for Jimenez if a suitor meets their demand of 6 million euros.

Marca claim that Arsenal have submitted ‘an important offer’ and the transfer could be completed soon.

Jimenez has played for Atletico Madrid, Zaragoza and Benfica. At 29, Jimenez would welcome the chance to represent a club as big as Arsenal and will be happy with a bit part role alongside Petr Cech.

As for Arsenal, signing a backup keeper for 4 million pounds makes sense especially when Ospina is keen to leave.

Elsewhere Marca have also reported that Arsenal are serious about Grzegorz Krychowiak and will make a move for him soon. Wenger has asked Flamini to leave and after injuries to Wilshere and Rosicky, a midfield signing is imminent.