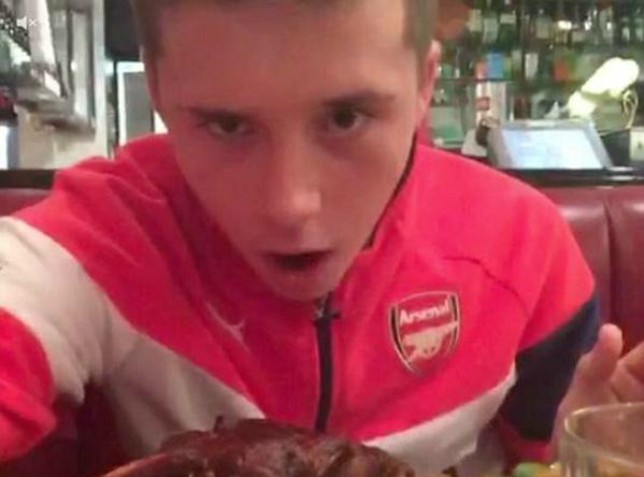 Heart break for David Beckham’s son Brooklyn Beckham. The 15-year-old who is a reported Arsenal fan, will not be continuing with his dream club from next season.

The youngster is enrolled at the club’s Hale End academy and was hoping to secure a two-year-deal with the Gunners, but he will be left disappointed in his attempt to secure an Arsenal scholarship, as reported by Daily Mail.

Beckham, regarded as a highly talented footballer, was called up into the club’s under-18 earlier this month. It comes as a surprise that many at the club’s academy saw his promotion as a default while Beckham, would have to look to find a new club to further his progress.

Arsenal youth coaches rate him highly but they feel there are other players in the academy at right midfield position who are more advanced in their development.

His other brothers, Romero and Cruz are also enrolled at Hale End.