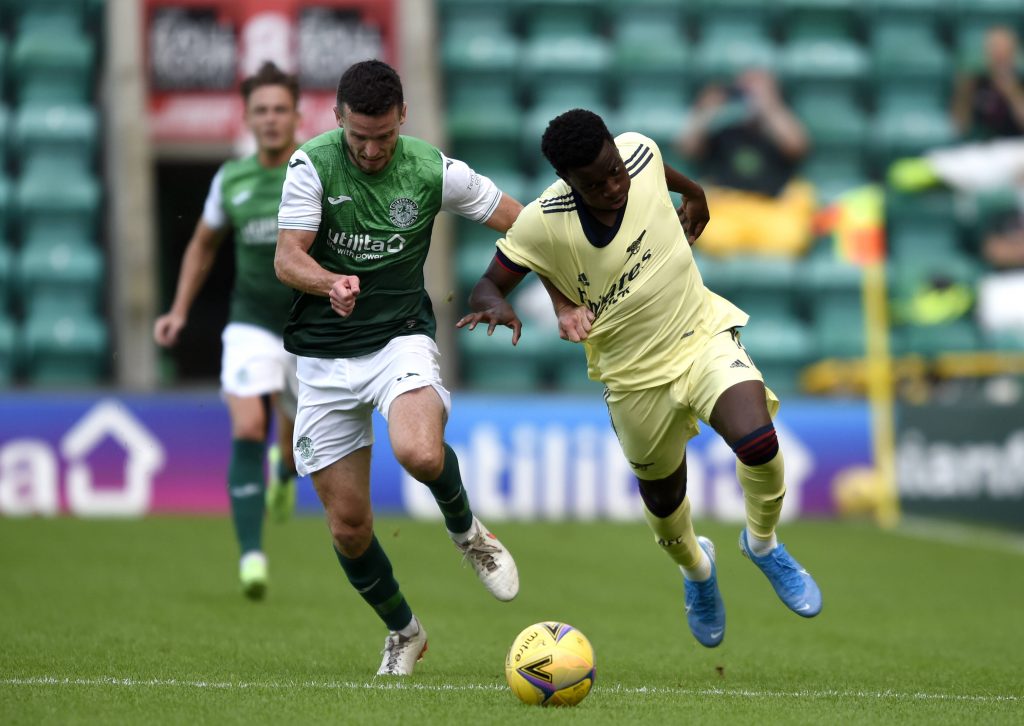 Eddie Nketiah could be on his way out of Arsenal before the summer transfer window shuts.

He is surplus to requirements and has little chance of getting playing time under Mikel Arteta this season.

The 22-year-old is behind Pierre-Emerick Aubameyang and Alexandre Lacazette in the pecking order, so his best chance of getting a first-team opportunity may be away from the Emirates Stadium.

Nketiah joined Arsenal from Chelsea in 2015, and he impressed at youth level before making the step up to the senior squad.

The former England U21 international, who bagged 16 goals in 17 youth caps, has scored 13 goals with one assist in 65 games since Arsenal promoted him to the first team.

Nketiah has started only 11 Premier League outings in the last four seasons, so the writing is on the wall.

Arteta doesn’t have plans for the 22-year-old this season, and he risks wasting another year on the bench if he stays at Arsenal.

On that basis, Nketiah should consider his options before the summer transfer window shuts at the end of August.

The Gunners, who are cutting their squad numbers to fund a summer spend, want £20 million for the striker.

Nketiah’s deal is up next summer, and they risk losing him on a free transfer. Arsenal must cash in now or hand him a contract extension.