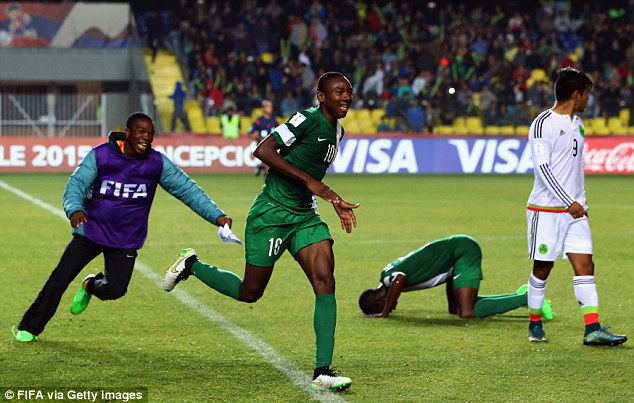 Arsenal have signed the Nigerian wonderkid Kelechi Nwakali according to Emeka Amajiriaku, CEO of ASJ Academy.

The highly talented midfielder has signed a five-year deal with the Gunners. Kelechi was a target for Chelsea, Manchester City and Bayern Munich as well, but Arsenal have managed to fend off competition for the mercurial talent.

The young midfielder travelled to London yesterday in order to complete the formalities for his move to Arsenal.

Arsenal have been tracking the midfielder since January and he was pictured with Arsene Wenger during that time as well. Wenger himself confirmed back then that the club were in talks for the youngster. 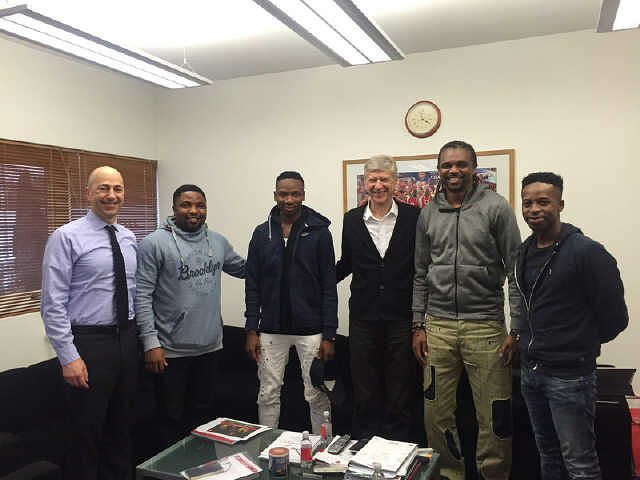 Arsenal scouted him during last year’s Under-17s World Cup in Chile when Nwakali, 17, was the star of the tournament as he was captain and voted Player of the Tournament.

Kelechi is regarded as one of finest young African talents right now and will be a stellar addition to the Arsenal youth team.