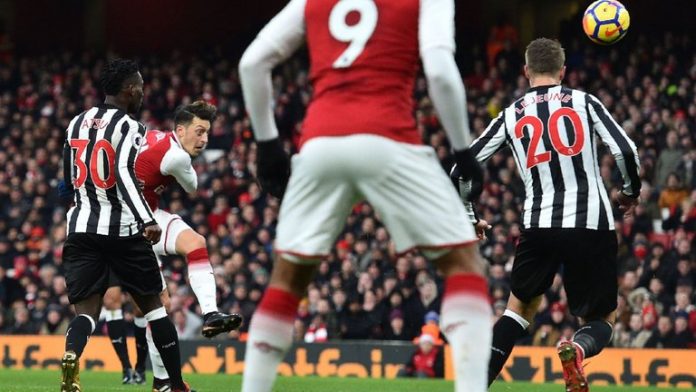 Newcastle United host Arsenal on Sunday aiming to continue their rise up the Premier League table.

The Magpies head into the game 10th in the standings having rattled off three wins on the bounce.

Arsene Wenger’s side are three points behind Chelsea in the race for fifth place.

Arsenal reached the semi-finals of the Europa League after completing a 6-3 aggregate victory over CSKA Moscow on Thursday and Wenger may need to freshen up his starting XI for the trip to St James’ Park.

Danny Welbeck is set to feature more between now and the end of the season after the injury to Henrikh Mkhitaryan.

However, David Ospina suffered an ankle injury in training and won’t be available for the next three weeks.

Islam Slimani is finally fit following an injury-hit loan spell and could start for Newcastle.