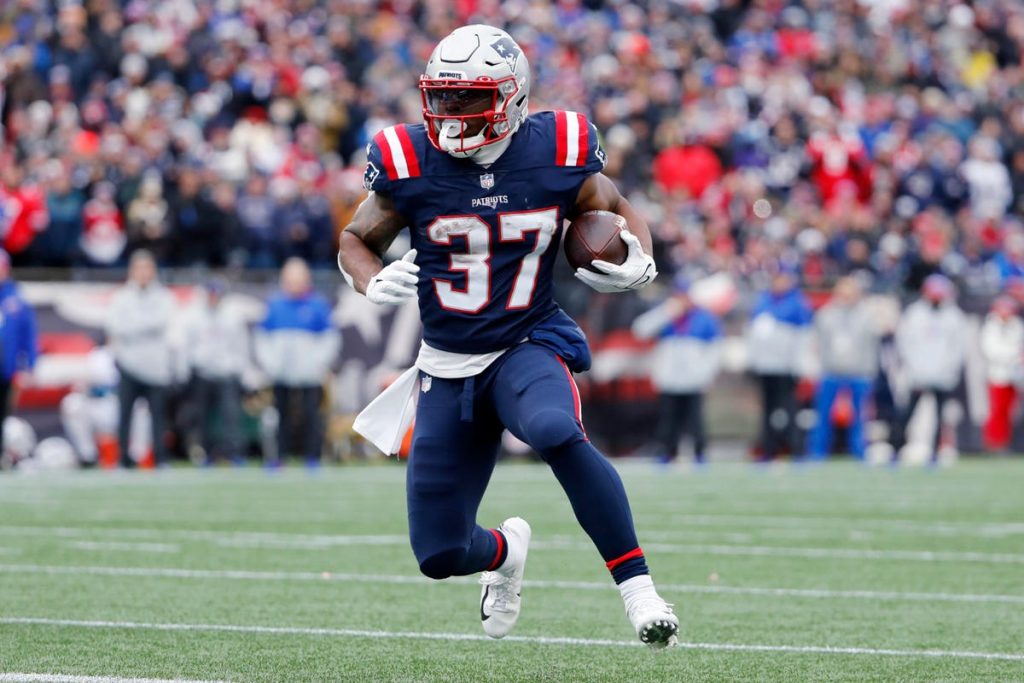 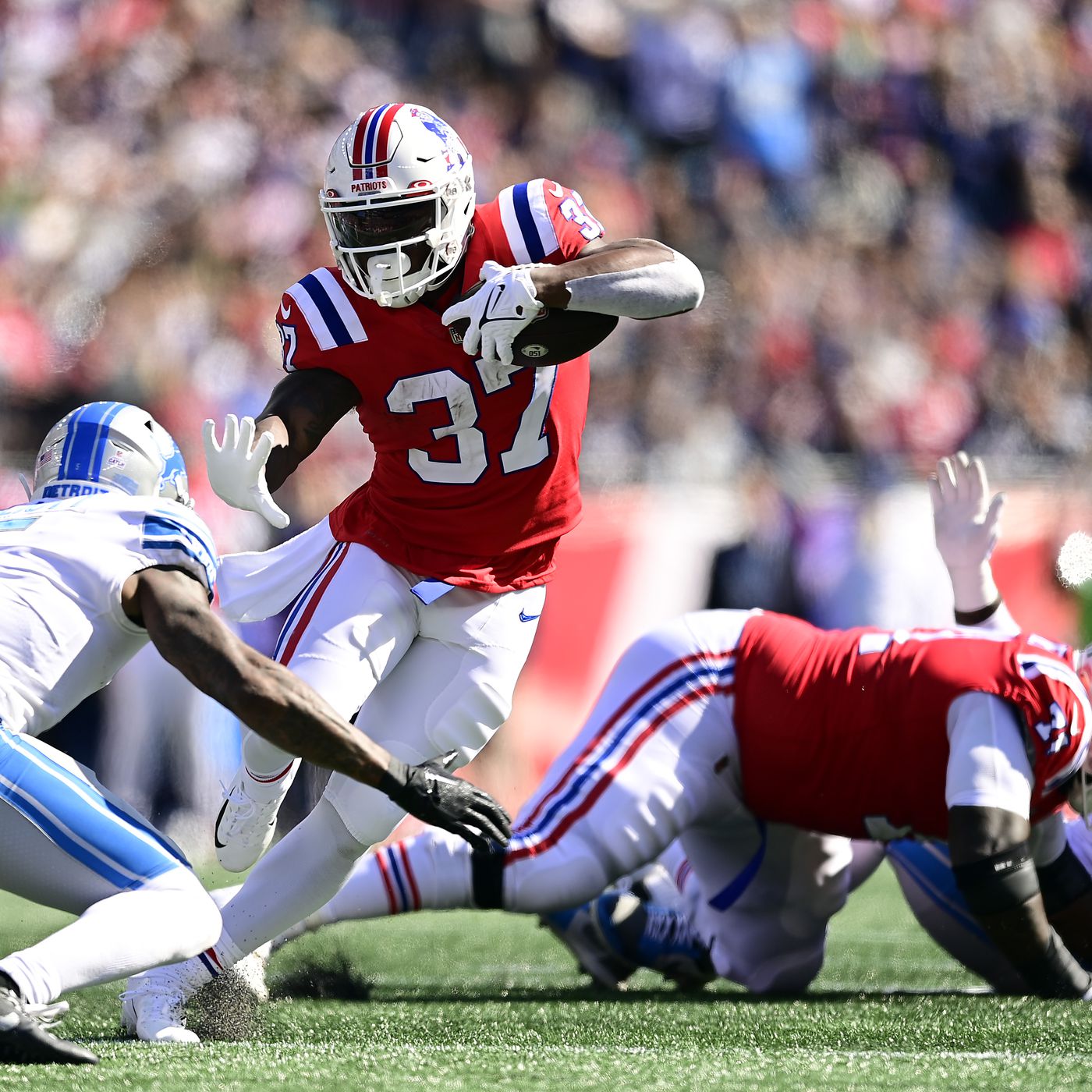 #Patriots RB Damien Harris is likely to miss multiple games because of the hamstring injury he suffered in Sunday’s win over the #Lions, per source. Still getting tests, but the expectation is he’ll be out for a bit.

He suffered the injury in the first quarter and only had 11 rushing yards before leaving due to injury. Harris ceded all of the running back work to second year back out of Oklahoma Rhamondre Stevenson. He had 25 carries for 161 yards, third most rushing yards by any running back in the Bill Belichick era.

The Patriots had to rely on Stevenson for the majority of the game as the depth behind was nonexistent. So that lead into Stevenson getting a season high in carries.

Going forward, I would expect Stevenson to have the majority of the running back touches while also being involved in the passing game if needed.

Stevenson showed flashes last year and has seemingly waited for his opportunity while always being behind on the depth chart to Harris.

The New England Patriots have always been run heaving in the past even when Tom Brady was under center.

Now with Mac Jones still hampered by his ankle injury and backup Brian Hoyer going on IR, the Patriots will turn to Bailey Zappe in the meantime until Jones comes back.

Looking at the next few games for the Patriots are more favorable than not. Next week is a tough test against the Browns while the following weeks are against the Chicago Bears and New York Jets.

Expect Stevenson to produce and get the majority of the running back touches while Harris is out.