Battle of the Victorious: Can Messi still make the difference without his main outlet?

Argentina’s game is based around Messi, much like Brazil’s was around Neymar and we all know how that worked out for them yesterday with him injured. Argentina haven’t suffered the same curse of being without their main man, but they do have a similarity in that they are without another key player, Angel Di Maria, much like Brazil were also without Thiago Silva.

It was embarrassingly apparent that the lack of Silva saw Brazil’s defensive line play like lost sheep, so could we see a similar dampening of Argentina’s offensive line with them playing without Messi’s main outlet. 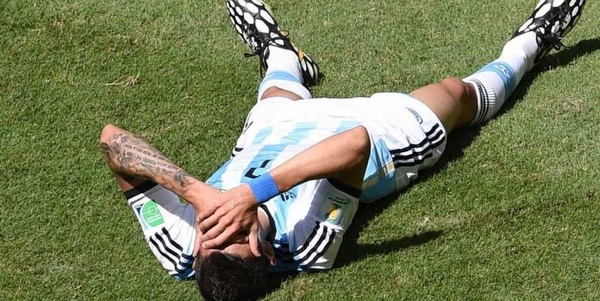 Di Maria’s influence on the Argentinian style of play cannot be underestimated. His ability to get past players and create opportunities is massive to the way they play. Whether it is him scoring the goal, delivering an assist or just forming part of the build up play, there is rarely a meaningful attack that he doesn’t play a part in. With the Real Madrid (for now) player sidelined through a thigh injury, Messi could have less of an impact on the game, where he likes to control everything from the middle, then look to Di Maria with penetrating passes.

Higuain showed his lethal eye for goal with a fantastic poacher’s strike against Belgium and he will now have Aguero back alongside him at the front, but so far the blue-and-whites haven’t seen as much success going through the middle as they have from the wings. The recent Dutch penchant for three central defenders, could also find the two strikers crowded out.

The Netherlands midfield will still face the very tough task of containing the prodigal playmaker but if they can regain their sharpness in front of goal and keep Aguero and Higuain marked out of the game they stand a chance of overcoming even the threat that the world’s greatest player poses.

The story so far

The Netherlands were massively under-rated coming into the tournament, but many who had watched them play under Louis Van Gaal in qualifying begged to differ with the doubters. The Dutch stormed their way into the World Cup finals with a ten game unbeaten qualification campaign, averaging a greater than 3-goal margin in the 9 victories. An unexpected draw with lowly Estonia was the only hiccup experienced and one that was very quickly and efficiently recovered from by winning 8-1 in the following month. 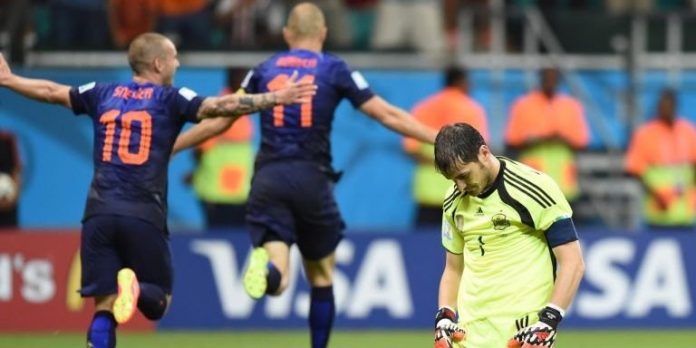 Since arriving in Brazil they have performed inconsistently; from the highs of the first game, crushing the World Champions in a 5-1 demoralization, to the less convincing games against Mexico and Costa Rica where they struggled heavily to score.

The Costa Rica game saw them dominate goal scoring opportunities but fail to find that final ball and the Mexico game had them ride their luck in the last minutes to come back from behind.

The game against Argentina will be the Battle of the Victorious, with the South Americans having also won every game so far. The Argentinians have been more consistent but only in as much as they have failed to fully convince in any game. They have however still maintained enough mettle and composure to ensure victory in every match.

From the last minute moment of magic by Messi to steal a win against Iran, to twice giving up their lead very quickly against Nigeria, the Argies didn’t play the way the final group standings would suggest. They continued their slender winning margins in the knockout rounds, squeezing past Switzerland and Belgium with successive 1-0 victories

Despite the other Semi Final being an 8 goal thriller, this game stands every chance of being a 1-0, but who will be the winner?