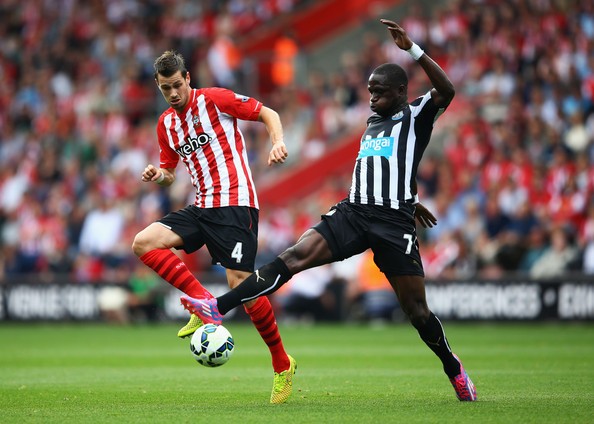 Morgan Schneiderlin has been instrumental for Southampton as he helped the Saints start this season on a high.

The France international was desperate to leave St Mary’s Stadium last season and after losing Luke Shaw to Manchester United, along with Adam Lallana, Rickie Lambert and Dejan Lovren to Liverpool, the South Coast club made sure they were not letting their midfielder leave.

This season, Schneiderlin has been the key player in his side’s midfield and his performance has seen him being linked with a move to Arsenal. If reports are to be believed, The Telegraph says Chelsea are interested in signing him.

Southampton suffered a narrow 1-0 defeat at the hands of Everton at Gooidson Park and with that, they have accepted defeat in the race to finish in top four. The west London club scouts watched the midfielder in action against the Merseyside club last weekend.

Jose Mourinho is willing to make an approach for the Premier League midfielder, if Chelsea fail to add Juventus star Paul Pogba or Atletico Madrid’s Koke in the summer.

Schneiderlin has not hidden his desire to play in the Champions League and has been vocal about his dream to feature in Europe’s elite club competition.

“In August, I wanted to take a move but the club had lost too many players to agree to sell me,” Southampton midfielder said.

“Since then I have had discussions with the leaders and I want to play at the highest level: it is important at 25 years old to finally know the Champions League.

“Given that, late in the season, Southampton may qualify for the Champions League and I can stay, who knows. I have no desire to be in front of my TV on Tuesday and Wednesday.”

It is certain that Schneiderlin will leave Ronald Koeman’s side and join a top club, which will feature regularly in the Champions League. With Arsenal and Chelsea in for his services, Soccerlens takes a look at why the Gunners will be the ideal club for the Frenchman.

Chelsea have Nemanja Matic, Cesc Fabregas and Ramires as the first choice players in the squad. Matic and Fabregas have been integral part of the Blues’ midfield and Ramires has been the third choice player in that position.

With Matic and Fabregas’ brilliant partnership, it is very unlikely that Schneiderlin can manage to beat these two players for a place in the starting XI. In addition to this, the Stamford Bridge outfit have seen several of the star players spend more time on the bench.

For their London rivals, Mathieu Flamini, Mikel Arteta, Jack Wilshere and Aaron Ramsey in the central midfield positions at the Emirates. The French midfielder’s contract will run down at the end of the season, while Arteta and Wilshere have been struggling with injuries.

Arsene Wenger needs a midfielder in the summer and a move to the north London for Schneiderlin coould see him feature regularly in their midfield next season.

Will he join the Gunners or reject them and make a switch to Stamford Bridge? There could be a possibility that a third club could join the race for Southampton star. One needs to wait till the end of the season and any club who will acquire the services of Schneiderlin will bolster their midfield for the next campaign.