The agent of Atletico Madrid attacker Arda Turan has admitted that his client would one day love to play for Arsenal, but insists he will remain in Spain for the foreseeable future. 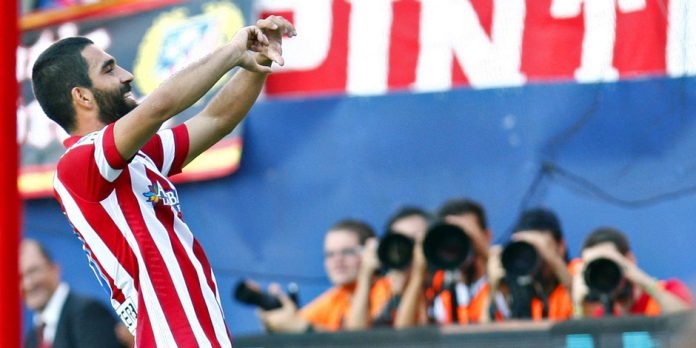 The Turkish winger, who is also a long-standing target for Liverpool, has been recently linked with a move to North London, despite the fact that he signed a new deal at the Vicente Calderón last summer.

The Daily Express claim that Turan is seen as potential long-term replacement for Tomas Rosicky at Arsenal, but the 27-year-old’s agent was rather cryptic with his words on Sunday,

“[Arda] is interested in working under Arsene Wenger and Arda would like to play in England,” said Turan’s agent, Ahmet Bulut.

While this would normally be a real boost for the club, Bulut then added,

“Arda will not leave Atletico. They are part of the title race and he is a key player. Arda plays for a big club and he will be part of Atletico’s success.”

“We have received offers from English clubs. However, for now I would like to insist once more that Arda renewed his contract recently and wants to stay at Atletico.”

Turan has been ever-present during Atletico’s excellent campaign so far, with the club vying with Barcelona and Real Madrid for the top spot in La Liga, and look on course to reach the quarter finals of the Champions League.

An energetic presence on either flank, he is know for his powerful dribbling, quick passing, and defensive discipline.

What do you think? Should Wenger push for the winger? Let me know in the comments below…