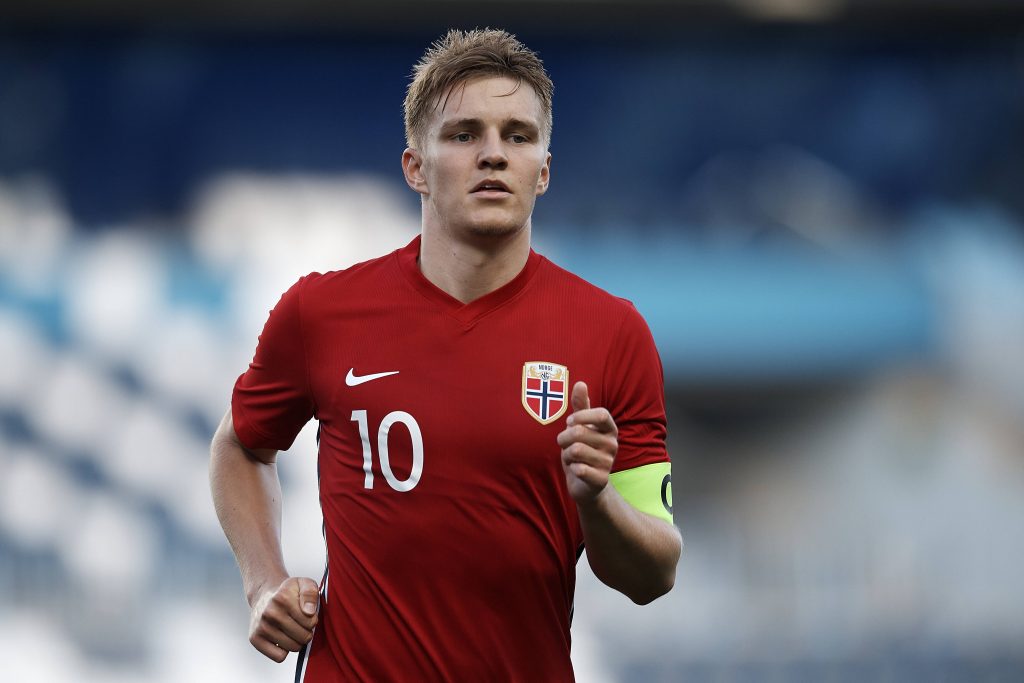 Arsenal manager Mikel Arteta was full of praise for Martin Odegaard ahead of the Carabao Cup second round tie at West Bromwich Albion.

The Gunners have started their new season with successive defeats, and they will be keen to register their first win against the Baggies on Wednesday.

Ahead of the game, Arteta was posed with plenty of questions on Arsenal TV. One of them was on Odegaard, who was recently re-signed on a permanent deal.

The Spaniard was full of praise for the former Real Madrid man and said that the playmaker makes the rest of the players around him better.

He went on to laud his ‘phenomenal’ work ethic and emphasised that the 22-year-old fits into the club’s plans with his exceptional qualities.

He said: “I think he makes the rest of the players around him better.”

“His work ethic is phenomenal, the way he goes about his job, his professionalism, his character, he’s a very likeable person.

“I think he has fitted really well into the culture, and then for the way we want to play he’s a player with exceptional qualities to add to them.”

Odegaard spent the second half of last season with the Gunners, registering two goals and two assists from 20 appearances in all competitions.

Besides his goal contributions, he also created several chances for his teammates. His standout display came in the 3-3 comeback draw at West Ham United.

With a positive impact, the Gunners were always keen on re-signing, and they eventually struck an agreement last week after Los Blancos were convinced to sell.

Odegaard was actively involved in training at Madrid from pre-season, and he could be drafted straight into the line-up tomorrow after receiving his work permit.

The Norwegian has already had his settling period at the north London club with his temporary stint, and he now has the chance to live up to his potential.

Odegaard barely got the opportunity at Madrid due to hefty competition for places, and he was loaned out on four occasions before the permanent switch to the Gunners.

Before last season, he had an impressive stint at Real Sociedad with 16 goal contributions. The Gunners will be hoping that he can hit peak form at the earliest.