Mesut Ozil: Wenger will make me a better player 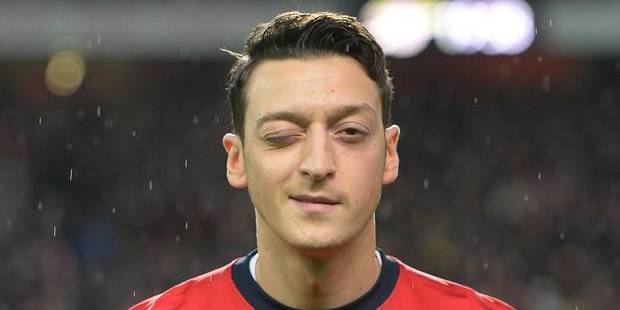 Arsenal’s Mesut Ozil, has re-confirmed his complete trust in Arsenal manager Arsene Wenger as the German international believes the Arsenal boss can help make him a better player.

The record signing who moved from Real Madrid, is currently recovering from a knee injury sustained in a 2-0 defeat to Chelsea in October. Ozil is not expected to feature again for Arsenal until early 2015 and will therefore miss the busy Christmas period.

The German has been slated in the media for seemingly being disinterested when stepping out onto the pitch and inconsistent displays in red and white. Questions have been raised over whether or not the former Real Madrid playmaker can cope under the physical strain and demands of the Premier League.

Wenger, however, is adamant that the best is still to come from the creative German, and Ozil is also in no doubt that he is at the right club and under the right manager to move his game forwards.

‘He (Wenger) knows what he wants and I know he can bring me a step forward; he trusts me in that way and I trust him, completely’.

‘For a team, it (a trophy) is the biggest thing to get and we got it (last season with the FA Cup), but as a player, there are other things – being the best player in the world, other cups, the Champions League.’

The World Cup winner added: ‘For now, I am not making any plans for after my career. I am just really happy to be here.’

Arsenal will resume their Premier League campaign on Saturday at home to Manchester United. Arsenal are in need of a better performance and 3 points after a dismal start to the new season which has seen injuries and results hamper their performances. The Gunners are down in sixth place and there will be no better way to lay down a marker with a win against their old rivals!