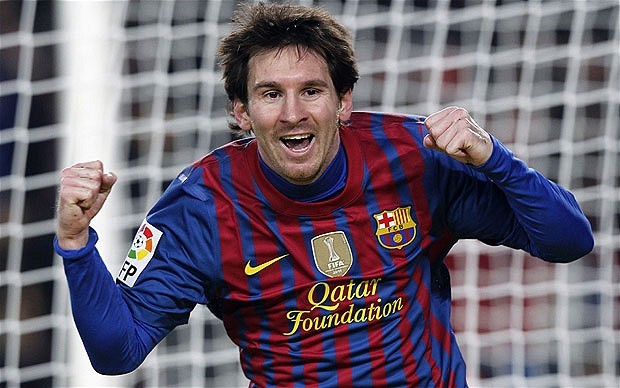 While Messi is generally considered peerless, Mario Gomez (2nd) remains the only player to rival him in the scoring department, with his 24 goals coming with a 69.5% shooting accuracy (superior to Messi’s 68.7%) and a 29.3% chance conversion rate (only marginally behind Messi’s 29.9%). Aside from this and average minutes per shot (where he sits behind Cristiano Ronaldo), the Argentine genius outdoes his rivals in every department.

In the Premier League, Edin Dzeko (5th) continues on his way up the Rankings. The Bosnian striker had his fair share of doubters after his first six months with Manchester City. However, he has kicked on this season and currently boasts a better minutes per goal ratio than Premier League top scorer Robin van Persie. Dzeko has found the net every 96 minutes in the league and Champions League this season, compared to 98 minutes for the Dutchman. However, van Persie is a more complete player, having delivered eight assists for his teammates this season as opposed to three for the Bosnian striker, despite Dzeko creating a chance every 39 minutes compared to van Persie’s 41. 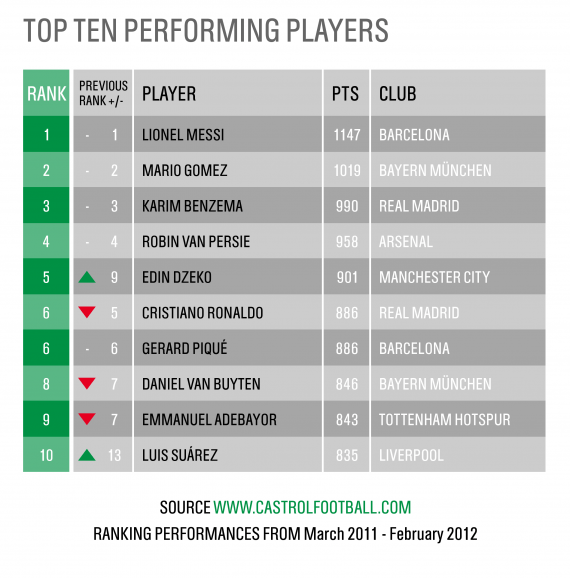 Do you rate Messi as the best player ever? Why / why not? Share your thoughts in the comments below.