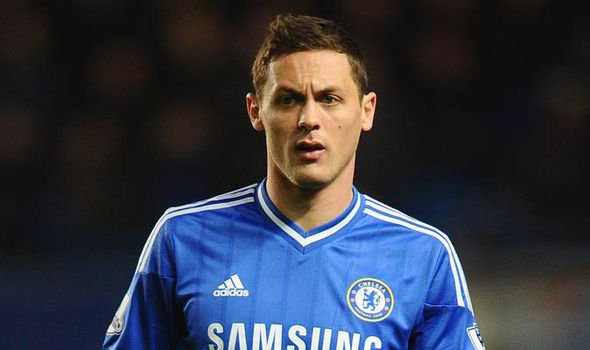 Chelsea midfielder Nemanja Matic says he feels “great” to have returned to the London club, and is enjoying his football under Jose Mourinho.

Matic has been a revelation for the Blues since he re-joined in the January transfer window from Benfica.

The 25-year-old was instantly drafted into the first team at Chelsea and he took no time in settling into the new system.

The Serbian international first joined Chelsea in 2009 from Slovakian club MFK Kosice for a fee of around £1.5 million on a four-year contract.

However, he struggled to make an impact and was loaned out to Vitesse, then offloaded to Portuguese outfit Benfica in 2011 as a part of the deal that saw Chelsea sign Brazilian defender David Luiz.

Under the tutelage of Jorge Jesus at Benfica, Matic developed into one of the finest midfielders in the league and won the Primeira Liga Player of the Year award for the 2012–13 season.

He caught the attention of several European heavyweights, but it was Chelsea, who approached first with a concrete offer, who signed him, for a staggering £21m in the January transfer window.

Matic admits that it was hard for him to leave Benfica, but he didn’t hesitate to say yes to Chelsea, when the offer was placed.

“The day my agent offered me the chance to come back to Chelsea, I didn’t hesitate for one second,” the midfielder told ‘A Bola‘,

“You can’t refuse one of the best clubs in the world and the best coach in the world. But my wife and my three-year-old child cried when we left Lisbon.

“But in London I feel really great. I’m also working with a great manager, everybody knows that Jose Mourinho is a fantastic coach. Now I’m training under him every day I just must agree, he really is fantastic.”

Matic will miss Chelsea’s Champions League tie with PSG, as he is ineligible to play in Europe, having already played for Benfica this season.

However, the Serbian is making the most of his chances in the Premier League, and should Chelsea win the title come May, his purchase could prove to be one of the top signings of the season.