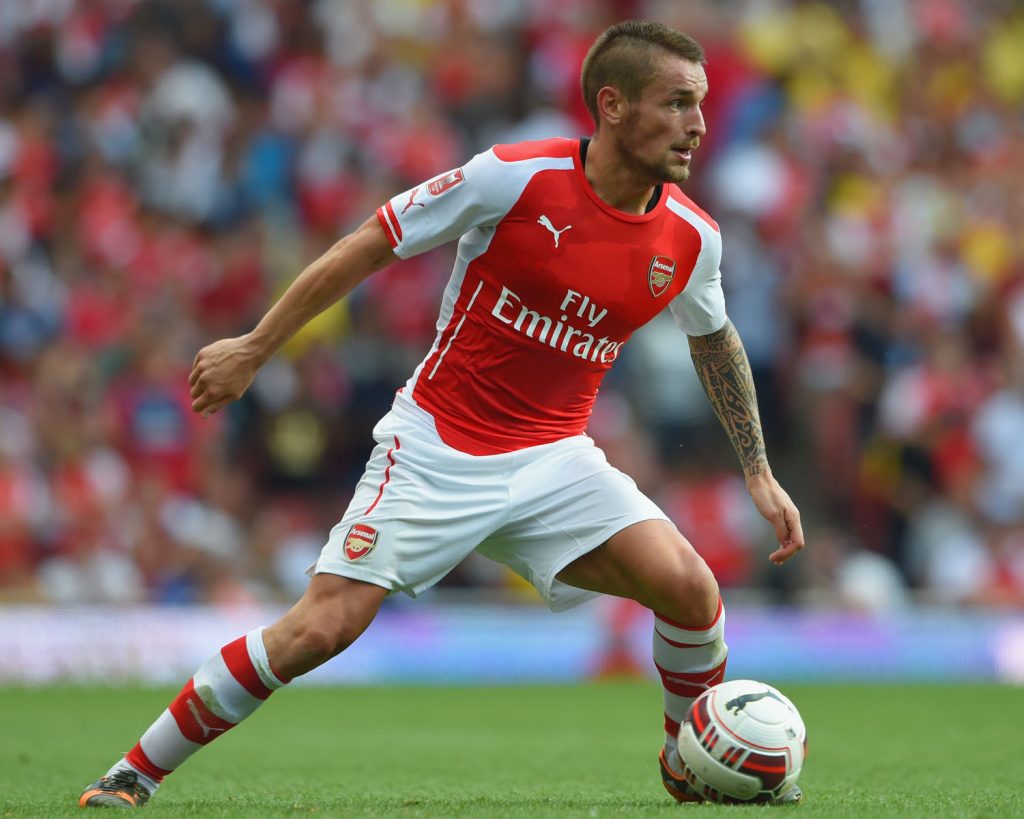 Arsenal right-back Mathieu Debuchy is set to join Bordeaux on loan until the end of the season.

The Arsenal full-back has been in and out of the side all season and was looking to leave in order to get regular first-team football.

Debuchy will join the French outfit now and it is understood that Bordeaux do not have the option to buy the player permanently at the end of the season.

The deal is being reported by the reliable French outlet L’Équipe. (via GFN France)

Debuchy is hoping to make it to the French squad for the Euros this summer and he will need to play regularly for that. A loan move makes sense for all parties.

The player can get regular first team football between now and the end of the season and Arsenal can sell him for a reasonable fee if he manages to impress with Bordeaux.

The French defender is on £70,000 per week at Arsenal and might be forced to take a pay cut if he joins Bordeaux.